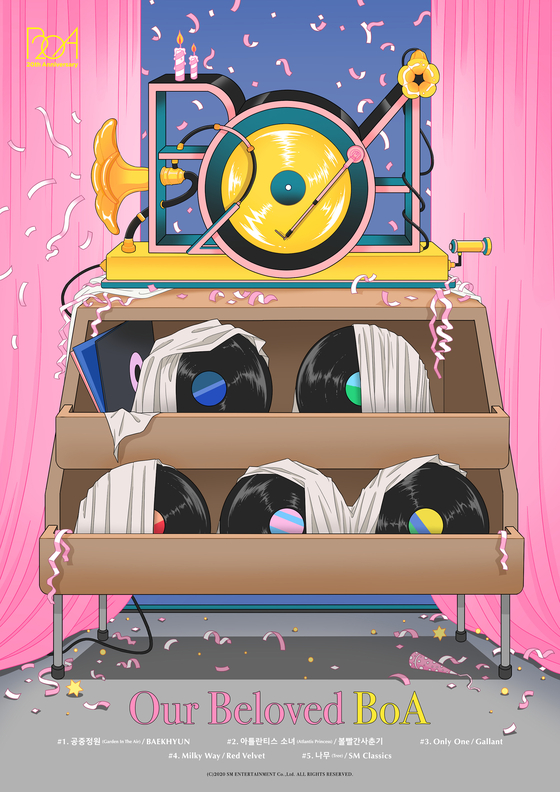 
Veteran singer BoA will begin a series of new projects to celebrate the 20th anniversary since her debut, starting remakes of five of her top hits by some of the biggest artists in and outside of Korea.

Through the project dubbed "Our Beloved BoA," some of the singer's most popular songs will be remade by prominent singers including Baekhyun of boy band Exo, BOL4, Red Velvet and pop singer Gallant.

A special classical rendition of "Tree" (2003) will be created by SM Entertainment's classical music label SM Classics, the agency said.

The tracks will be revealed through SM Entertainment's digital song distribution platform SM Station. The agency did not reveal the release dates of the remake.

She rewrote K-pop history by becoming one of the first successful artists to launch into the Japanese and American music market in the early 2000s.