‘Gone with the Wind’ star de Havilland dies at 104

‘Gone with the Wind’ star de Havilland dies at 104 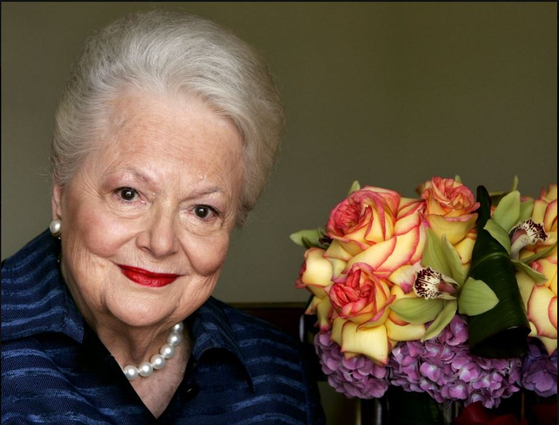 
Olivia de Havilland, the doe-eyed actress beloved to millions as the sainted Melanie Wilkes of “Gone With the Wind”(1939), but also a two-time Oscar winner and an off-screen fighter who challenged and unchained Hollywood’s contract system, died Sunday at her home in Paris. She was 104.

De Havilland was among the last of the top screen performers from the studio era, and the last surviving lead from “Gone With the Wind,” an irony, she once noted, since the fragile, self-sacrificing Melanie Wilkes was the only major character to die in the film.

The pinnacle of producer David O. Selznick’s career, the movie had a troubled off-screen story. Three directors worked on the film, stars Vivien Leigh and Clark Gable were far more connected on screen than off and the fourth featured performer, Leslie Howard, was indifferent to the role of Ashley Wilkes, Melanie’s husband. But de Havilland remembered the movie as “one of the happiest experiences I’ve ever had in my life. It was doing something I wanted to do, playing a character I loved and liked.”

During a career that spanned six decades, de Havilland also took on roles ranging from an unwed mother to a psychiatric inmate in “The Snake Pit,” a personal favorite. The dark-haired De Havilland projected both a gentle, glowing warmth and a sense of resilience and mischief that made her uncommonly appealing.

She was Errol Flynn’s co-star in a series of dramas, Westerns and period pieces, most memorably as Maid Marian in “The Adventures of Robin Hood.” But De Havilland also was a prototype for an actress too beautiful for her own good, typecast in sweet and romantic roles while desiring greater challenges.

She is survived by her daughter, Gisele Galante Chulack, her son-in-law and her niece.

Where is fairness gone? (KOR)