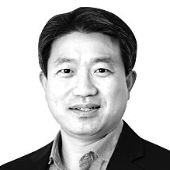 The author is the editor of political news of the JoongAng Ilbo.


Elon Musk has awed the world by transforming the once-ridiculed electric four wheel into a supercar brand and pushing his imagination beyond the earth to outer space. The fast penetration of Tesla marques into the market suggests that his vision for the future may not be far away. He has brought SF-movie-like scenes to real life. People are beginning to believe his prophesy that Earth citizens can one day travel or even live in the Mars. The entrepreneur raised the bar in imagination and broke fears about space travel, civilization on Mars and doomsday. He said he had been saddened by the sneers from astronauts who advised him to spend his riches on the Earth instead of in space.

Musk’s 20-year-old zeal bore fruit by putting the first civilian manned rocket into orbit from the launcher manufactured by SpaceX. The liftoff was the cheapest space travel. While people likened him to Tony Stark — the billionaire movie character in Iron Man and Avengers played by Robert Downey Jr. — Musk kept his feet on the ground. He said people misunderstood him as technology advances are not made overnight, but through the blood and toil of the multitudes.

The staggering milestones achieved in innovation through imagination contrast with the pitiful sight of real estate obsession and wrangling in Korea. Few now have any hope in the policies of the government and ruling Democratic Party (DP). They trotted out one measure after another without giving it a thought. The market has been wrecked by their recklessness. Even the idea of moving the administrative capital has been floated despite the risk of violating the Constitution. The ruling party argues the idea can hit two birds with one stone — stabilize the real estate market and balance development across the nation. But it lacks any action plan for persuading the Constitutional Court or amending the Constitution. Its design is unclear whether it is aimed at reining in soaring real estate prices in Seoul or diverting public attention.

DP floor leader Kim Tae-nyeon had not discussed the matter with Prime Minister Chung Sye-kyun when he first raised the issue about relocating the administrative capital in an address to the National Assembly. The opposition criticized him for presenting the idea which requires long discussion and review as well as a bipartisan agreement and public consensus. 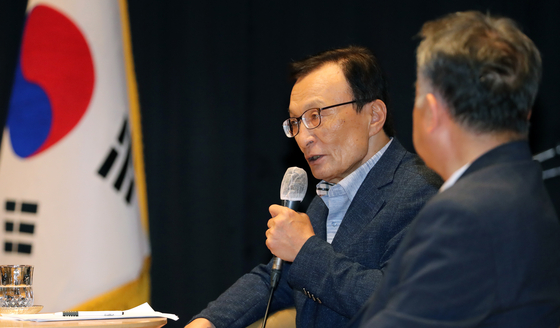 
DP Chairman Lee Hae-chan then dropped a bombshell remark that best shows the liberal party’s dangerous inner thoughts and vision. In a forum in the Sejong Administrative City last Friday, he said Seoul has become a “tasteless” city that puffs about the value of a new apartment on the riverside of Han. He argued the city of Sejong, which used to be his constituency, should instead become a “culturally refined” city like Paris along the Seine River. The city of Seoul was suddenly demeaned as a “corrupt cosmopolitan city” like the dystopian Gotham City.

His comment outraged Seoul citizens. The ruling front is out to bombard single homeowners with taxes as if to frame them as “speculators.” Then, what about the citizens who have taken to the streets to protest to the tax bombshells? Will they be called “zombies?” Don’t they realize that the government’s half-baked real estate measures and comments have only fanned runaway housing price increases?

All of their obsessive leftist policies have been disastrous. The experimental income-led growth has caused a slump and the concept of so-called “peaceful economic integration” has left the inter-Korean liaison office in ruins. People have been fooled by the government’s repeated promise of untangling the Gordian knot.

It must first stop making landlords scapegoats for angry young and ordinary people. This is no time to wage a contest of tasteless words as the country must muster imagination and resources to make digital and green New Deal projects successful.