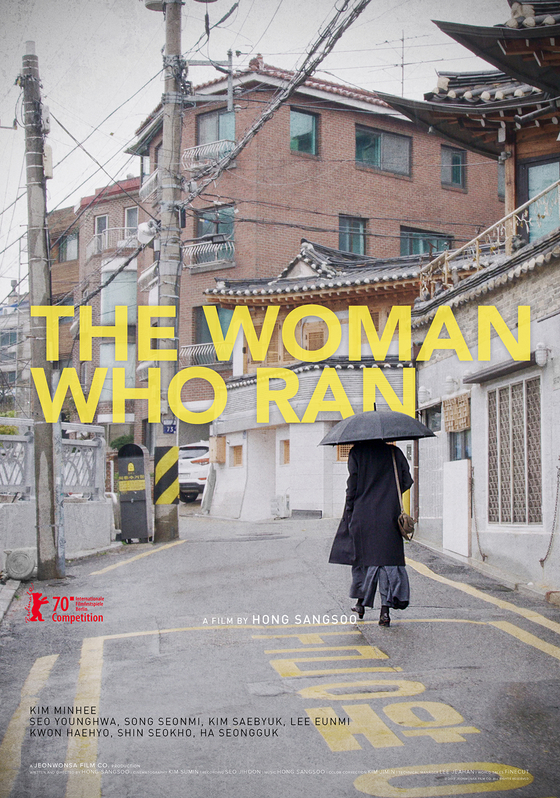 
Director Hong Sang-soo’s latest film, “The Woman Who Ran,” which received the Silver Bear prize for Best Director at the 70th Berlin International Film Festival in March is scheduled to premiere in local theaters on Sept. 17, its production company Jeonwonsa announced on Tuesday.

The film centers around Gam-hee (played by Kim Min-hee) who meets her three friends while her husband is on a business trip.

This is director Hong’s 24th film and his seventh film with Kim. Kim received Best Actress for her role in “On the Beach at Night Alone” (2017) at the 67th Berlin film festival.

“The Woman” was supposed to be released earlier this year right after the festival, but was postponed due to Covid-19.

Hong and Kim admitted they were in a relationship in 2017 after Hong filed for divorce from his wife in 2016. The suit was dismissed by the court in June 2019.