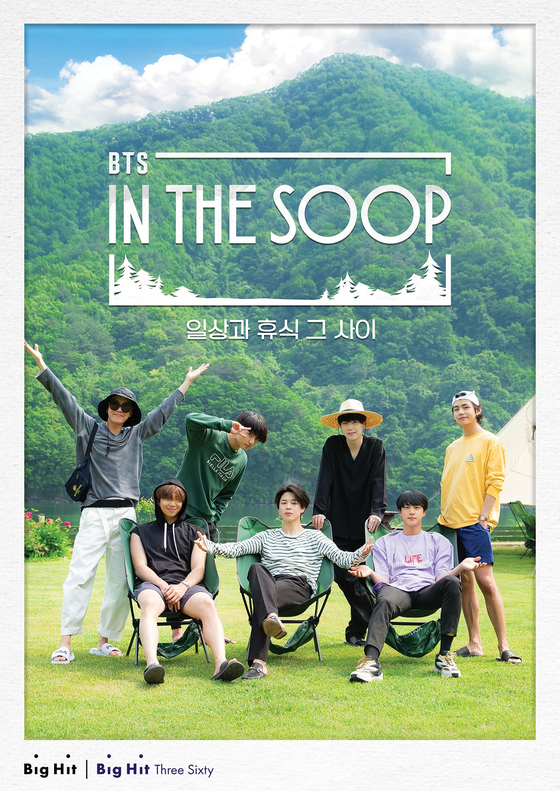 
BTS invites you to join them on a peaceful outing in nature through a new reality program set to begin airing on Aug. 19, the band's agency Big Hit Entertainment announced on Tuesday.

According to the agency, the new show titled "In the SOOP BTS ver." will premiere on Aug. 19 at 11 p.m. through cable channel JTBC and run for 60 minutes.

An extended version of the program will also become available through fan community platform Weverse an hour later at midnight, with an additional 10 minutes of behind-the-scenes footage.

A total of eight episodes will be available on JTBC, while 16 episodes — eight of the TV shows and eight of the extended shows — will be released on Weverse.

The concept of the program is "somewhere between routine and resting," and the seven members of BTS will take part in various activities such as enjoying their hobbies in the quiet countryside.

Each day, the members will make a schedule for their day without any interference from producers.

Only the members will be featured in the show.

Preorders for "In the SOOP BTS ver." content will start on Aug. 4 at 11 a.m. through the Weverse Shop.

BTS In the SOOP JTBC Weverse

Season two of 'In the Soop' featuring Seventeen to air from Jan. 29