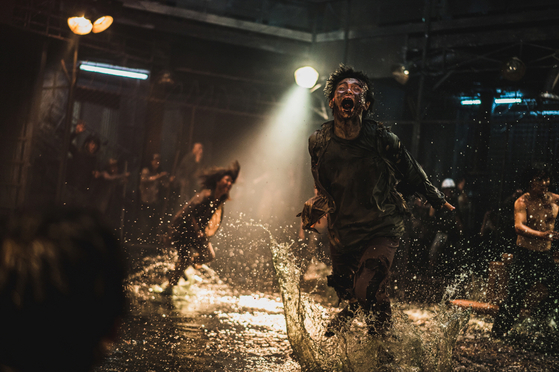 CHANG HYE-SOO
The author is the head of the sports team of the Joongang Ilbo.


Canadian anthropologist Wade Davis, 67, went to Haiti to study zombies in 1982 when he was a graduate student at Harvard University. He interviewed sources knowledgeable in the realm of voodoo and researched the social and physiological mechanisms of zombies.

A voodoo priest would drug and put a person in a state of suspended animation. Thinking the person was dead, a funeral would be held, only for the dead person to come back to life. The person lost self-awareness because of the drug and was practically a zombie, without reason or emotion. The voodoo master would sometimes exploit the zombified person, or sell them to a sugarcane farm for slavery.

Why would someone make a person into a zombie? It is a private punishment for someone breaking the rules of the community. In 1985, Davis published a book titled “The Serpent and the Rainbow.” (The author was later criticized for scientific errors and ethical violations in the course of his research.)

Zombies are common subject matter for horror movies, a genre of its own. The first zombie movie was the 1936 film “White Zombie” by Victor Halperin (1895-1983)where a man and woman become zombies as a result of a voodoo master’s potion. It differs from modern zombie movie plots, where the living dead attack humans.

George Romero (1940-2017) was a pioneer in modern zombie films, beginning with “Dawn of the Dead” in 1968. Corpses become zombies for unknown reasons, and those attacked by the zombies turn into zombies themselves.

Director Yeon Sang-ho’s “Peninsula” attracted 2.5 million viewers — the break-even point — 10 days after the release. Amid the Covid-19 pandemic, the movie remains popular at home and abroad. This is the second zombie blockbuster following the director’s “Train to Busan,” which attracted 11.57 million viewers four years ago.

The Netflix original drama “Kingdom” has also been successful, with some people dubbing it the“K-zombie” genre or the “Korean zombie wave.” Some interpret the popularity of zombie films to be associated with the pandemic.

Or maybe the popularity is a result of zombies being blindly group-oriented. Zombie films may be popular because the inclination toward group dogma around the globe today resembles the world portrayed in zombie movies. Zombies come back to life and attack you when you think they are dead.