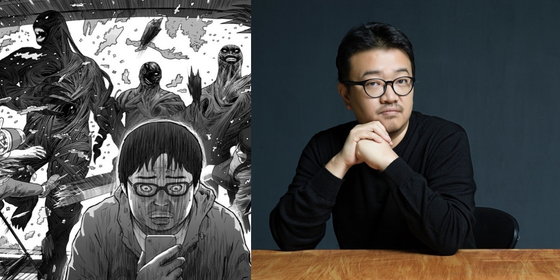 
The star-studded cast for director Yeon Sang-ho’s next project, “Hellbound,” has been finalized, Netflix announced on Wednesday.

Based on the Naver webtoon series that director Yeon is currently publishing with cartoonist Choi Gyu-seok, “Hellbound” is about a cult that claims Grim Reapers will appear and take the “bad” people to hell.

The global streaming service announced they picked up Yeon’s story in April.

Actor Yoo Ah-in and Park Jung-min will take on the lead roles. Yoo will portray the cult leader Jung Jin-soo, who leads people into believing that they should be “good” so they can avoid being taken away to hell. Park will portray the character of Bae Young-jae, a broadcast producer who attempts to discover the truth behind the cult.

Actors Kim Do-yoon and Lee Re from Yeon’s “Peninsula” will also feature in the series.

Director Yeon will be co-writing the script with Choi.