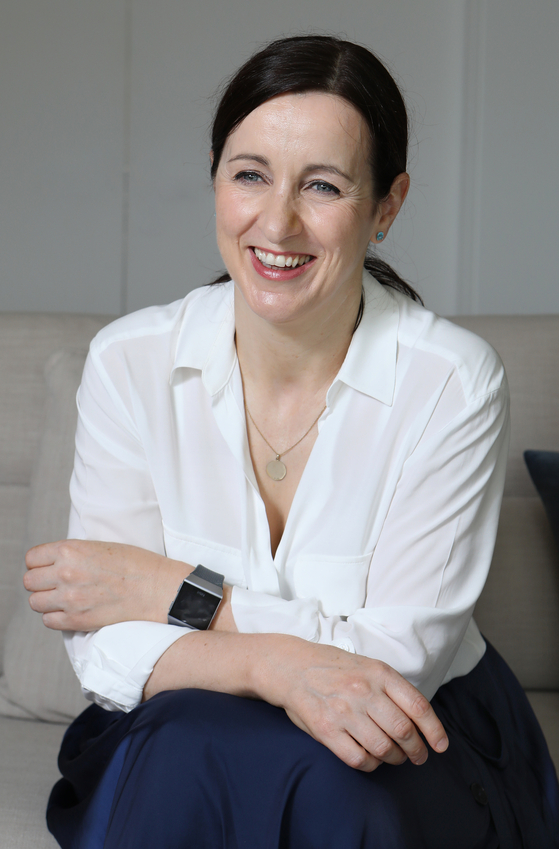 While practically every community in the world has been affected by the Covid-19 pandemic, it has hit the most vulnerable - those living in extreme poverty - hardest with a growing number not knowing whether they can put food on the table tomorrow, according to Siobhan Tracey, a spokesperson for Concern Worldwide Korea.

The pandemic has brought many changes into our lives. Homes have been turned into offices, vacations abroad have been scrapped and school classrooms have migrated online.

In more extreme situations, lockdowns have led to panic-buying in some countries. But there are parts of the world where a lockdown can have grave consequences, Tracey said.

“People living in poverty in the poorest countries of the world don’t have the luxury of a safety or social welfare net or savings to see them through tough times,” she said. “In a lockdown, you can no longer work — all casual work opportunities dry up, meaning you have no income and no means of getting food. In the case of the world’s largest refugee camp in Bangladesh, we saw some 72 percent of the camp population become unemployed due to movement restrictions or workplace closures.”

For East Africa, the pandemic couldn’t have hit at a worse time.

“In a region like the Horn of Africa, even in a good year, there are approximately 20 million people who are chronically food-insecure,” she said. “For two consecutive years in 2017 and 2018 there was a drought and crops failed, then in December 2019, the rains came and they were looking forward to a good crop. But then the locusts came, stripping their crops in minutes. So they were not in good shape even before Covid-19. They had no reserves.”

In a recent interview with the Korea JoongAng Daily, Tracey said she hopes to draw more people’s attention to the needs of hundreds of millions of people worldwide, stressing that “there are tangible ways to assist them.”

“Concern Worldwide works in 23 of the world’s poorest countries and we have not left the crisis areas,” she said. “One community we are assisting is the Rohingya refugees in Bangladesh. We have 175 staff working in the camps and 260 volunteers from the Rohingya community. Our priority is to supply food to families and guidance to mothers and children on nutrition and health sanitation.”

When movement restrictions were placed on the area April 11, Tracey said Concern’s team made sure to distribute double rations of food via local volunteers before the lockdown, to ensure families had enough to survive on for the time being.

Part of Concern’s efforts, Tracey said, focuses on ensuring that resources are not overly concentrated only on emergency relief measures for Covid-19.

“Essential aid and vaccination programs have been suspended, meaning that millions will miss vaccinations,” she said. “Already Afghanistan, a country that hadn’t had any reported polio cases for two decades, has experienced outbreaks in certain areas [...] Resources diverted from sexual and reproductive health campaigns could fuel a rise in pregnancy complications, maternal deaths and unsafe abortions. Aid groups are reporting a rise in domestic violence in Bangladesh’s Rohingya camps amid a lockdown and pared-back services.”

Tracey has been living in Korea for the past three years. She had been a supporter of Concern’s work since her youth, but it was her family’s transition to Korea that led to her more recent involvement with the organization.

“I got in touch with Concern’s Korea office after my move to Korea and have been involved with trying to raise awareness on the issue here,” she said.

Part of her passion, she added, may have to do with being Irish.

“We haven’t forgotten that we were once a much poorer country,” she said “Just over 170 years ago, Ireland experienced a terrible famine which decimated our population and that memory possibly influences our philanthropy.

“There was a story in the Irish media recently about the Choctaws, a Native American tribe, who, having given help to Ireland during our time of need, received it back when Irish people heard of their plight during the coronavirus crisis,” she added. “Ireland didn’t forget and paid back so many years later.”

For anyone looking to give back, Tracey urged people to look into different nongovernmental organizations whose work in the world’s poorest countries have not stopped because of the pandemic.

“There is a campaign at Concern called ‘Whatever it takes.’ It’s our mission to end extreme poverty, whatever it takes,” she said. “We will go to the world’s most disadvantaged areas and we need like-minded supporters to support our work.”