A Russian sailor docked in Incheon was diagnosed with the coronavirus earlier this week, local officials said Wednesday, the first time an infection was detected at a port other than Busan.

Officials from the Incheon Regional Office of Oceans and Fisheries said the sailor, a man in his 60’s, arrived on a 6,800-ton Russian-flagged freight vessel carrying scrap iron at 2 p.m. last Sunday after departing Vladivostok five days earlier. 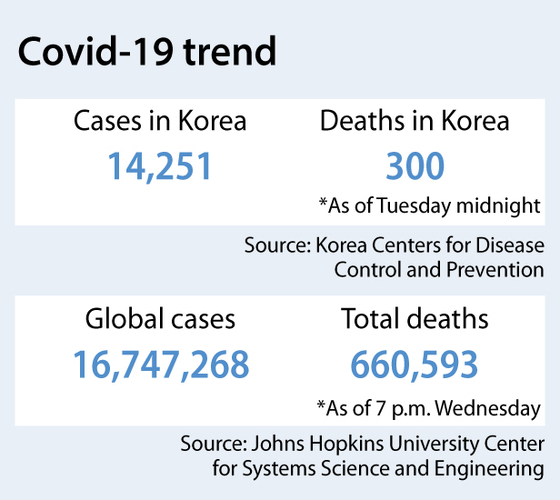 He was among 20 Russian sailors on the vessel who went through a virus test shortly after docking at Incheon Port. The sailor in question did not exhibit any symptoms of the virus, Incheon officials said, but his results turned out positive later that afternoon.

The rest were negative.

The infected patient was transferred to a nearby hospital, while the rest have been quarantined on the ship in Incheon Port.

Incheon officials said Wednesday they disinfected the ship and were waiting for 14 days, the incubation period of the virus, before unloading the scrap iron. The isolated sailors are being monitored for symptoms.

Across the nation, 48 people were newly diagnosed with the coronavirus Tuesday, according to data released by the Korea Centers for Disease Control and Prevention (KCDC) Wednesday morning, up from 28 new cases on Monday.

Of Tuesday’s case load, 34 were imported cases: 13 from Russia, eight from the United States, seven from Uzbekistan, two from Kazakhstan and one each from France, India, Iraq and the Philippines.

Among 14 people who were locally infected, seven live in Seoul, five in Gyeonggi and one each in Incheon and Busan.

No person died Tuesday, leaving the death toll from the outbreak at 300. As of Tuesday at midnight, 13,069 people had recovered, up 62 from the previous day.

At Busan Port, 12 sailors were diagnosed with the coronavirus Tuesday, all of whom arrived on July 8 on the same 7,733-ton Russian-flagged vessel where 32 other sailors previously tested positive. That brings the total number of infected sailors on the ship to 44 out of 94 sailors on board.

All infected patients have been transferred to a nearby hospital for medical treatment. The remaining sailors will be tested on the ship at least once more next week.

A total of 11 local infections have been traced to the Russian ship in Busan, including a Korean technician who was involved in repair work on the ship and tested positive for the virus on his second Covid-19 test Tuesday.

To stem imported cases from Russia, local health officials Wednesday said all sailors coming from Russia will have to submit a negative Covid-19 test result to Korean quarantine officials starting Aug. 3 in order to dock at a local port. The virus test will have to be taken within 48 hours prior to departure from Russia.