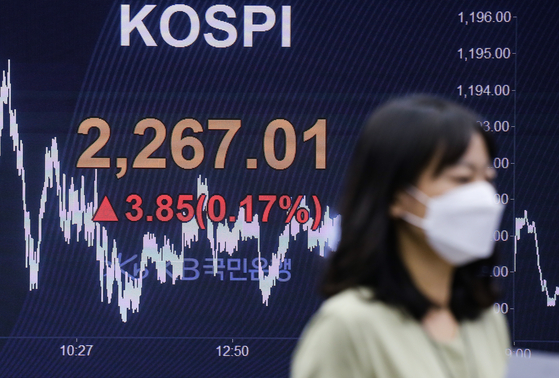 The final Kospi close is displayed on a screen in a dealing room at KB Kookmin bank in the financial district of Yeouido, western Seoul, on Thursday. [YONHAP]


Stocks closed at the highest point in six months Thursday thanks to foreign buying of major tech firms and automakers. The won fell against the dollar.

The hike was aided by a continued rise in top cap Samsung Electronics, which delivered strong second-quarter earnings.

Other market heavyweights, such as automakers, also continued to build up gains.

The local currency closed at 1,194.40 won against the dollar, down 1.3 won from the previous session's close.