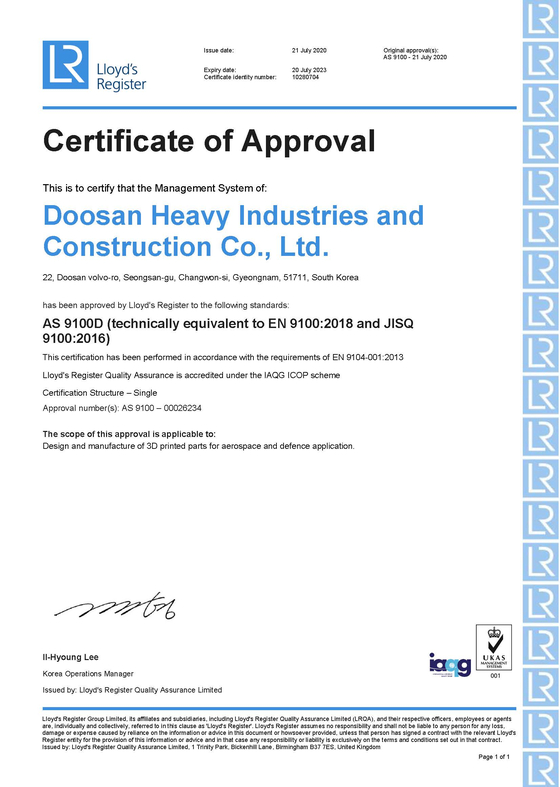 The company announced Thursday that the International Aerospace Quality Group (IAQG) has certified it to design and manufacture parts for aerospace and defense companies with the use of 3D printing.

The power plant builder said it will establish a plant for 3D printing in Changwon, South Gyeongsang.

3D printing can shorten time to market and reduce prices while allowing for the fabrication of more complex components, according to Doosan Heavy.

Doosan “will achieve more than 200 billion won ($167.48 million) in annual sales by making parts using 3D printing starting in 2025,” said a spokesperson for Doosan Heavy in a statement.

The company said it started investing in 3D printing technology in 2014.