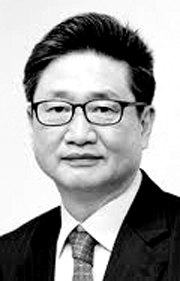 Park Bo-gyun
The author is a senior columnist of the JoongAng Ilbo.


The idea of moving the capital has been raised, complete with a move of the presidential Blue House from Seoul. Hanyang was the origin of Seoul. The founder of the Joseon Dynasty (1392-1910) nestled its capital in the current location in 1394. Ruling Democratic Party (DP) Chairman Lee Hae-chan is bulldozing away with a plan to change that. “The Blue House and National Assembly can move to Sejong City if the Constitution is tweaked to enable our capital relocation,” he says. If Lee gets his way, the country’s capital will change for the first time in 626 years.

Changing the capital is tantamount to national rebuilding. It could be the apex of President Moon Jae-in’s inaugural pledge to create “a nation that we have never experienced.” It could completely replace the mainstream to lay the foundation for permanent governing by the leftists, if that’s the hidden design. The Moon Jae-in administration envisions to connect the Honam region — South and North Jeolla, a vote base for the liberals — with Chungcheong, where Sejong City is located.

The capital relocation pendulum swings from time to time, and this time out of the blue. Public rage was simmering over spikes in housing prices. By attaching the prefix “administrative” to “capital,” the relocation campaign could muffle some of the potentially explosive impacts because the idea of moving the capital city would have stunned and roiled the public. Therefore, public polls should ask not people’s opinion of whether they approve of moving the “administrative city,” but to choose between Sejong and Seoul for their capital.

A capital city bears an epic meaning. The late liberal President Kim Dae-jung eloquently expounded, “Why London? The British capital is located not in the center but at the southern tip. The location bears the scars and blood of historical battles and triumphs against Norman invaders and faces its longstanding rival France. Paris, Berlin and Moscow also stand at the frontline with enemy states. So do Beijing and Tokyo. According to British historian Arnold Toynbee, a capital gained glory and public confidence through bloody wars and endeavors to defend and restore the nation.”

The DP’s rationale is to separate the city’s role, as in the United States, where Washington D.C. serves as its political capital and New York as its economic capital. But Washington, D.C. is not merely a political capital, for it upholds the U.S. identity. It was the frontline of the American Civil War. Statues of war heroes are iconic features of Washington, D.C. The monuments represent Union generals and were carefully installed to represent their contribution to the war. The Ulysses S. Grant Memorial sits at the base of Capitol Hill and the General William Sherman Memorial stands in President’s Park near the White House. The United States was united through a Union victory. (Similarly, Seoul was at the frontline in the war with North Korea.)

A capital is the culmination of national symbolism. It embodies national and ethnic identity. Seoul has been witness to the epic turmoil and rags-to-riches transformation of the country. The Korean identity, legitimacy and centralism have been built on it. The Constitutional Court struck down the Roh Moo-hyun administration’s capital relocation project, proclaiming, “Seoul is the capital through long-standing national consensus and Constitutional customs” in a 2004 ruling.

Sejong City hardly stands as a replacement. Most of the population is unaware of its existence. That calls for a public debate on the relocation scheme. The move cannot be justified for helping stabilize soaring housing prices, balancing growth across the nation or reduceing the cost of travel to and from Sejong and Seoul by public officials.

President Kim Dae-jung, too, called for decentralization to ease population density around the capital. But he made it clear that he did not mean to relocate the capital. The DP upholds the president as their leftist founder. But it does not pay heed to his wisdom.

Lee, the head of the DP, called Seoul a “shallow and tasteless” city. His coarse rhetoric goes well with his frowning face. He said, “The Riverside of the Seine is full of historical remnants of France. But there are only apartment buildings along the Han River, and people are only talking about how expensive they are.”

Lee made a very poor comparison. The Seine is narrow, just five to six times the Cheonggye Stream running in central Seoul. But the Han River is more like an ocean. It is even wider than the Potomac River that runs through Washington, D.C., the Thames in London, the Moscow River in Moscow and the Nile in Cairo. Seoul’s potential is as wide and far as the Han River, and Seoul blends together the past and future.

The Moon administration’s real estate policy has been an utter failure. A heated relocation debate can worsen the situation. Calls for new infrastructure and balanced development will mount across the country. Envy and conflict will deepen the national divide.

North Korea and unification affairs are central to the liberal government. A southbound move of the capital goes against the vision. Former President Kim Dae-jung declared that Seoul would be the capital after reunification. Even North Korea defined Seoul as the capital in its early Constitution in 1948. The vision of completing the Sejong Administrative City with the move of the Blue House and National Assembly is not feasible. Moving a capital requires a long and arduous debate. The future of this nation must not be decided through the whims of Moon loyalists.