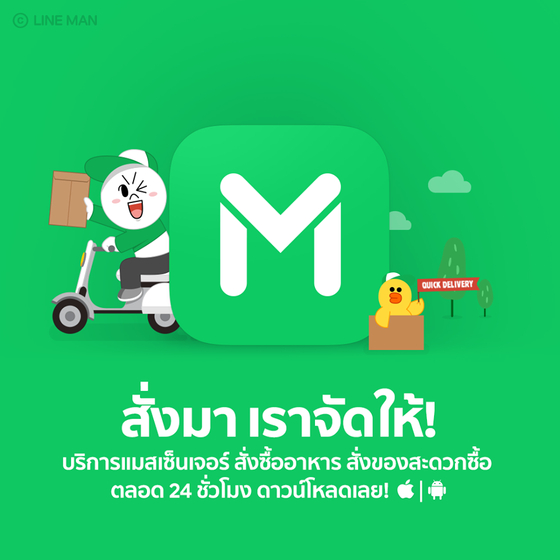 Thailand-based delivery app Line Man announced its procurement of a $110 million investment for its merger with Wongnai, a restaurant review app in Thailand. [JOONGANG ILBO]


Line Man, a Thai delivery app operated by Line, has received a $110 million investment from BRV Capital. The funds will be used for the financing of Line Man's merger with Wongnai Media, a Thai restaurant review site.

The Line messaging app and Line Man are synced so that only one login is needed to access both. Since its establishment in 2016, Line Man has been offering a range of online-to-offline services, including food, grocery and parcel delivery and taxi hailing.

Line Man and Wongnai have worked together since 2016. Wongnai has data on 400,000 restaurants in Thailand, and the number of monthly users is around 10 million. If the two companies merge, Line Man is expected to expand in food delivery and taxi hailing using Wongnai’s restaurant data.

“It seems that Line Man will be able to expand its business further within Thailand,” said Lee Eun-jung, the head of global business for Southeast Asia at Line Plus.

BRV Capital Management is a subsidiary of BlueRun Ventures, a venture capital firm based in Menlo Park, California. With offices in Seoul, Beijing, Shanghai and Hong Kong, BlueRun has mostly been investing in companies in Asia. It has a portfolio of more than 150 companies, including eBay’s PayPal and Topsy, which was acquired by Apple.

Seoul-based Line Plus loaned $30 million to Line Man in April.

Tokyo-based Line is 73.07 percent owned by Naver and Naver subsidiaries. In Thailand, the Line messaging app has 44 million users.