A Question of Power: Electricity and the Wealth of Nations 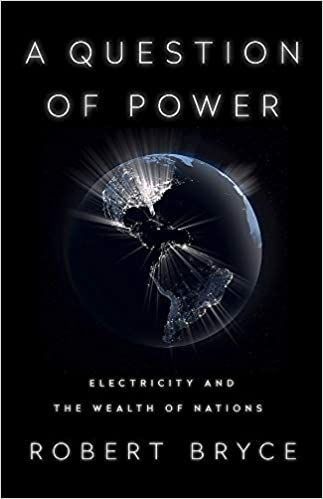 Historically, it was guns, germs, and steel that determined the fates of people and nations. Now, more than ever, it is electricity.

Global demand for power is doubling every two decades, but electricity remains one of the most difficult forms of energy to supply and do so reliably.

Today, some 3 billion people live in places where per-capita electricity use is less than what's used by an average American refrigerator. How we close the colossal gap between the electricity rich and the electricity poor will determine our success in addressing issues like women's rights, inequality and climate change.

In "A Question of Power," veteran journalist Robert Bryce tells the human story of electricity, the world's most important form of energy. Through onsite reporting from India, Iceland, Lebanon, Puerto Rico, New York and Colorado, he shows how our cities, our money — our very lives — depend on reliable flows of electricity. He highlights the factors needed for successful electrification and explains why so many people are still stuck in the dark.

With vivid writing and incisive analysis, he powerfully debunks the notion that our energy needs can be met solely with renewables and demonstrates why — if we are serious about addressing climate change — nuclear energy must play a much bigger role.

Electricity has fueled a new epoch in the history of civilization. "A Question of Power" explains how that happened and what it means for our future. 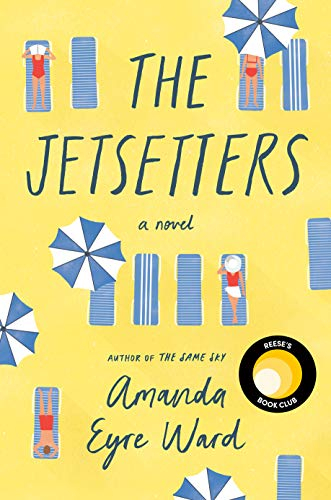 When 70-year-old Charlotte Perkins submits a sexy essay to the Become a Jetsetter contest, she dreams of reuniting her estranged children: Lee, an almost-famous actress; Cord, a handsome Manhattan venture capitalist who can’t seem to find a partner; and Regan, a harried mother who took it all wrong when Charlotte bought her a Weight Watchers gift certificate for her birthday. Charlotte yearns for the years when her children were young, when she was a single mother who meant everything to them.

When she wins the contest, the family packs their baggage — both literal and figurative — and spends 10 days traveling from sun-drenched Athens through glorious Rome to tapas-laden Barcelona on an over-the-top cruise ship, the Splendido Marveloso. As lovers new and old join the adventure, long-buried secrets are revealed and old wounds are reopened, forcing the Perkins family to confront the forces that drove them apart and the defining choices of their lives.

Can four lost adults find the peace they’ve been seeking by reconciling their childhood aches and coming back together? In the vein of "The Nest and The Vacationers," "The Jetsetters" is a delicious and intelligent novel about the courage it takes to reveal our true selves, the pleasures and perils of family, and how we navigate the seas of adulthood.

Talking to Strangers: What We Should Know about the People We Don't Know

How did Fidel Castro fool the CIA for a generation? Why did Neville Chamberlain think he could trust Adolf Hitler? Why are campus sexual assaults on the rise? Do television sitcoms teach us something about the way we relate to each other that isn't true? 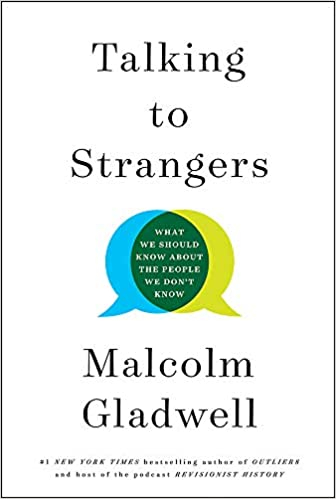 While tackling these questions, Malcolm Gladwell was not solely writing a book for the page. He was also producing for the ear. In the audiobook version of "Talking to Strangers," you'll hear the voices of people he interviewed — scientists, criminologists, military psychologists. Court transcripts are brought to life with re-enactments. You actually hear the contentious arrest of Sandra Bland by the side of the road in Texas. As Gladwell revisits the deceptions of Bernie Madoff, the trial of Amanda Knox, and the suicide of Sylvia Plath, you hear directly from many of the players in these real-life tragedies. There's even a theme song — Janelle Monae's "Hell You Talmbout."

Something is very wrong, Gladwell argues, with the tools and strategies we use to make sense of people we don't know. And because we don't know how to talk to strangers, we are inviting conflict and misunderstanding in ways that have a profound effect on our lives and our world.