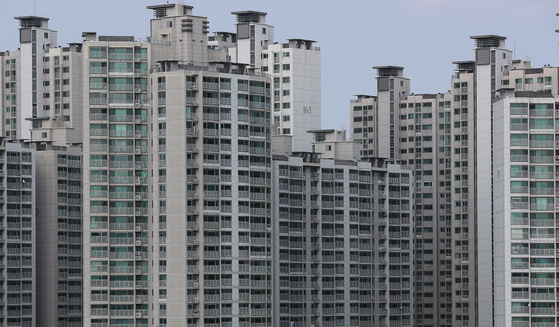 
As Korea struggles to control rising real estate prices, the role of foreign buyers has become an issue.

Real estate transactions by foreign nationals hit 2,090 in June, the highest monthly rate since 2015, according to a report submitted by the Ministry of Land, Infrastructure and Transport to the United Future Party lawmaker Sung Il-jong.

Gyeonggi had the highest amount of transactions, accounting for more than half, followed by Seoul with 20 percent. In the capital, transactions were concentrated in three districts of southern Seoul: Gangnam, Songpa and Seocho.

Some analysts say this could be true, as foreigners face fewer mortgage restrictions than their Korean counterparts — especially if they borrow abroad.

“Foreigners can borrow money from international banks that do not have systems like LTV [loan-to-value] or DTI [debt-to-income] ratios,” said Choi Hwang-su, a professor of real estate management at Konkuk University.

The steady rise in property prices in Seoul could be another attraction, especially for investors looking to make short-term profits.

Property prices in Seoul are unlikely to cool off soon. Recently, the Bank of Korea announced the highest house price index in history and forecast that the housing bubble will continue.

Analysts say some foreigners may be trying to find an alternative to investments in Hong Kong after Beijing passed a new law that could restrict freedoms there and threaten the rule of law.

“There are definitely people in Hong Kong who want to get out. They might consider other locations in Asia, one of which is Korea,” said Choi.

Koreans are not very happy at the idea of foreigners pushing up property prices, according to reactions online.

“The government is strengthening regulations and tying up the hands and the feet of locals while allowing foreigners, including Korean immigrants to China, sweep up all the properties behind our backs,” one online commentator wrote.

Such sentiments have reached the national assembly, with lawmakers quick to assign blame. 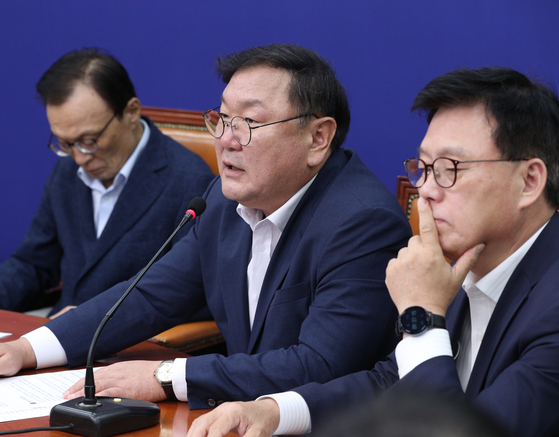 
Ruling Democratic Party floor leader Kim Tae-nyeon hinted at the possibility of introducing the “Singapore model,” which slaps heavier acquisition taxes on foreign investors who purchase property on the island.

While BSD rates are under 5 percent for all investors, the ABSD varies depending on the number of houses owned and the buyer’s nationality. Non-Singapore residents are charged a fixed 20 percent ABSD rate, which is higher than for a Singapore citizen with more than three properties.

In Korea, acquisition tax rates depend on the price of the property bought and not on the buyer’s nationality or the purpose of the purchase.

The opposition United Future Party claims the Moon Jae-in administration’s real estate measures are to blame. Lawmaker Sung cited statistics that show real estate transactions by foreigners peaked around the time when new measures were announced by the administration.

A total of 22 sets of measures to cool the real estate markets have been announced by President Moon.

But not everyone believes foreigners are playing any kind of role in setting local real estate prices.

“I am skeptical if there are enough foreigners buying properties and buildings in Gangnam to change the entire course of the market," said Professor Choi. "This is alarming because people are getting the wrong idea." 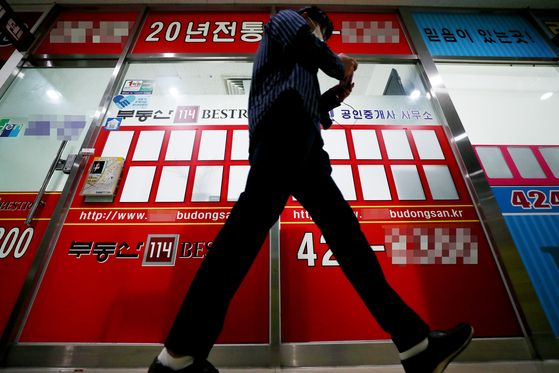 A person walks by an empty bulletin of a real estate agent's office in Songpa District, southern Seoul. [YONHAP]


Real estate agents in Gangnam District shared similar opinions, saying they’ve barely seen any customers from other countries aside from dual passport holders or Korean immigrants looking for houses for residential purposes, not for speculation.

“It’s very rare to see foreign customers. This year we had about five,” said one real estate agent in Samseong-dong in Gangnam District, southern Seoul.

“Most of them are the so-called black-haired foreigners or Koreans who turn out to have foreign citizenship.”

And the local real estate market may not be as attractive as scaremongers like to think, according to experts. Foreigners and locals face the same tax regulations — acquisition taxes and the comprehensive real estate tax — when selling or buying a property in Korea.

Other risks such as exchange rates and geopolitical uncertainties related to North Korea can make the country an undesirable place for direct foreign investment.

Land Minister Kim Hyun-mee dismissed mounting concerns, saying foreign purchases “only account for 0.6 to 0.8 percent of transactions” and should not be a point of concern.

However, DP lawmaker Chung Il-young proposed on July 31 a revision to the regional tax law, which would apply a 20 percent tax for foreign buyers that purchase property for non-residential purposes.