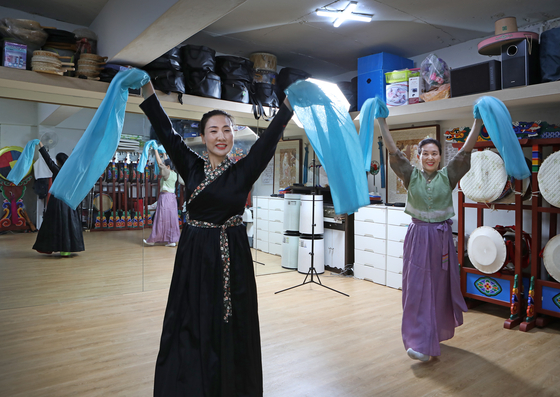 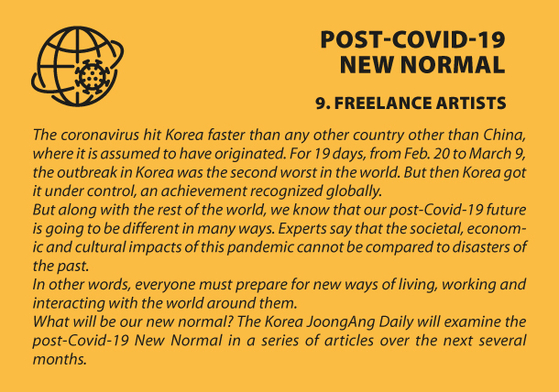 Jeon Hee-ja, one of 141 licensed dancers of Salpuri, an intangible cultural heritage in Korea, has had zero income for the past six months.

“It’s harder because there is nothing to pinpoint the blame on other than the pandemic,” she told the Korea JoongAng Daily as she sat in a dance studio, a 200-square-foot space crammed among small offices in far eastern Seoul. “I have been dancing since I was 11, but never have I been this desperate. We are all out of jobs and the worst part is that we don’t know when it will end.”

Many freelance artists of the performing arts like Jeon have been unable to perform at all since the onset of the Covid-19 outbreak in Korea earlier in the year.

The Korean government raised its coronavirus alert level to the highest on Feb. 23. The next day, public concert halls like the Seoul Arts Center in southern Seoul and Sejong Center for the Performing Arts in central Seoul began postponing or canceling shows.

What initially was a weeklong delay of programs ended up being extended through the end of April as the government implemented heightened social distancing measures which recommended people to stay at home and avoid non-essential travel.

“All of the plays that I have been preparing for in 2020 were canceled,” said Lee Bo-ra, a 30-year-old freelance actress. “I think it was a double whammy for us freelance artists, because we never really had permanent employment anyway, we were always jumping from one project to another. In the downtime between the projects, we’d get some side gigs like waiting tables or working temporary jobs at conferences or conventions. But even then, those are not available anymore because of the pandemic.”

“We’re starting to see the bottom of our savings,” said Song Mhin-suk, a freelance dancer of the traditional arts in Korea. “A lot of freelance artists that I know are starting to take out loans from banks because they are just out [of their savings].”

Song is a licensed dancer of the music Jongmyo Jeryeak, Korea’s intangible cultural property No. 1, also a Unesco Masterpiece of the Oral and Intangible Heritage of Humanity.

“The government needs to step in to protect us,” Song said. “Otherwise, in a few years, there will be no more of us left to pass on the intangible cultural heritage of Korea.”


The Korean government did step in.

The Ministry of Culture, Sports and Tourism announced on Feb. 20 a set of emergency funds for artists including compensation of 3 million won for any artist who experienced loss in income due to the coronavirus outbreak, and lowered interest rates for loans at banks for artists. The funding was open for some 7,500 artists.

It was then expanded to cover 7,725 additional artists in July when a record-breaking 35.1 trillion won supplementary budget was passed by the National Assembly, of which 346.9 billion won was allocated to the Culture Ministry.

“We have received applications from 10,000 artists,” said Lee Seong-eun, an official at the Culture Ministry in charge of the emergency funding. “We will be making the final selection and supplying them with funds within the year.” 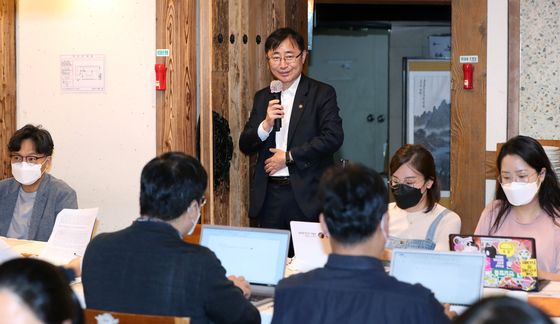 First Vice Minister Oh Yeong-woo of Culture, Sports and Tourism, announces the ministry's support plan for the second half of 2020 to the local press in early July at a restaurant in Gwanghwamun, central Seoul. [MINISTRY OF CULTURE, SPORTS AND TOURISM]


With the expanded budget, the ministry also launched programs to assist artists to take their work online.

Some 14.9 billion won was allocated to be spent on supplying artists with technology and training related to filming and streaming.

As the daily cases of infections dropped to around a dozen or so in early May, the government also eased its social distancing measures, and allowed audiences to return to public concert halls and theaters as long as they were seated at least 1 meter (3.2 feet) apart from each other.


For some freelancers, these measures are better than none, but in a virus-stricken world filled with uncertainties they say they are not enough to guarantee the long-term survival of artists.

“Some public theaters and concert halls are open now whilst adhering to the social distancing recommendations of the government, but know this — only the big companies or those with funding from the government will be able to follow the recommendations,” said Kim Yeon-jae, who has been a freelance actress for the past 30 years. “Small theaters don’t make enough from their acts to match their production costs even when all the seats are sold out.”

In the Daehangno area in central Seoul, where some 150 theaters are located, only about 30 percent are being operated as of July, according to the Korea Association of Performing Arts Producers (KAPAP). 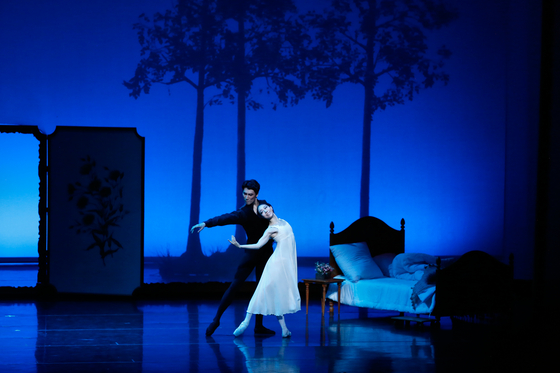 
The Universal Ballet Company, a private ballet group of some 70 performers and 50 staff members, said they decided to push through with their regular annual program this year because they needed to “somehow make ends meet.”

“We had about 75 percent of the 1,000 seats filled for the performances of our regular program ‘Onegin,’” said Kim Sei-young, manager of the ballet company. “That was because we, as a private company, have to fund our projects out of our own pockets and there aren’t social safety nets that we can rely on when the shows are canceled.”

Each viewer underwent a temperature check and entered their name and contact information at the door. They were asked to keep their masks on at all times throughout the show. The program concluded without a single case of infection.

But the problem lies with going forward from here, Kim said.

“Our next regular program is slated for December,” Kim said. “Until then, what we do is we hold tours around the country to perform in different areas. But with the Covid-19 situation, we don’t know for sure if the scheduled tours will be held as planned. We can’t just spend time and money in preparing for programs that might be canceled last minute in the case where there is an outbreak in our next destination.”

Due to such uncertainties, some groups have taken their performances online. Seoul Arts Center launched a two-week long streaming program in March that garnered as many as 730,000 views. 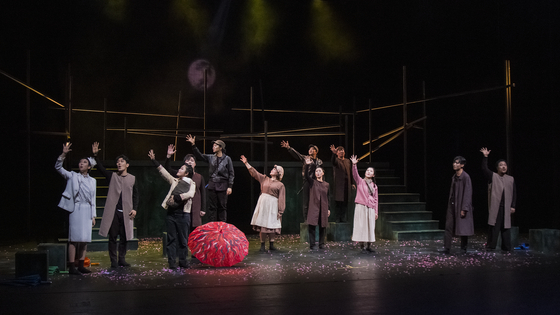 Musical "Handspeak" was streamed live from Sejong Center for the Performing Arts in April. [HANDSPEAK]


But not all groups have been as fortunate.

“We’ve held 20 concerts online since the pandemic hit, but none of them have led to tangible profits for the company,” Yoon Bo-mi, director of classical music production company Bom Arts Project said at an online talk hosted by Sejong Center for Performing Arts on July 9. “Maybe there is a way to use some of these online concerts for marketing purposes but they cannot replace the in-person concerts.”

“Only organizations with enough money and manpower have been able to produce high-quality contents online,” said Heo Yoon-jung, professor of traditional Korean music at Seoul National University, at an online conference hosted by National Gugak Center in southern Seoul on May 14. “If the trend continues, the larger companies may come to monopolize the industry.”

But even for the larger institutes like the Sejong Center, the quest to turn online streaming services into a profitable business has been a struggle as well. The center began experimenting with receiving donations for its online-streamed programs from June 20. It streamed a classical music concert online for free but provided a link through which viewers can donate 3,000 won or more. 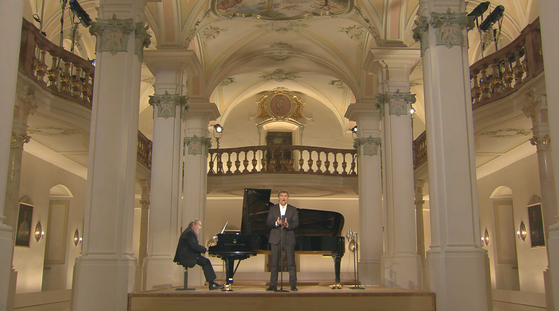 Opera singer Jonas Kaufmann's performance being streamed live from the Metropolitan Opera for viewers who paid for the performance. [METROPOLITAN OPERA]


Online streaming as a new platform for concerts is being experimented with abroad as well. The Metropolitan Opera in the United States, for instance, streamed for free a series of its encore presentations for 23 hours from 7:30 p.m. on March 16. Last month, the Met launched a series of pay-per-view concerts that will run until the end of December.


Some freelance artists say, however, that the pandemic can pose new opportunities.

“It is time to talk about how many of the artists are insured by the employment insurance in Korea — only 26.1 percent of artists in the performing arts field,” said Kim Yong-jae, president of KAPAP, during a talk hosted by the Korean Artists Welfare Foundation on July 28. “The coronavirus pandemic has brought to light this unfortunate situation and structure when it comes to welfare for artists, especially artists at smaller and private companies.”

An amendment to the Labor Standards Act was passed in May, which finally included freelancers and artists as workers who can apply for employment insurance scheme. Before the passage of the amendments, freelancers and artists were categorized as self-employed, and were not allowed to sign up for the employment insurance scheme and therefore its unemployment benefits.

The amendment goes into effect from Dec. 10.

Some freelance artists are trying to use this downtime to further hone their skills.

In a basement-level bar in Daehangno area every Thursday morning, a dozen or so freelance actors and producers get together for a script-reading activity. 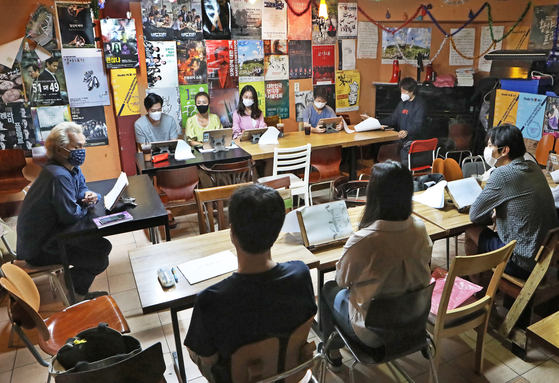 Freelance actors gathered at an underground bar in Daehangno area in central Seoul on July 9 to practice their lines. [PARK SANG-MOON]


“We’re actors, change is no stranger to us,” said Kim Byung-soon, a 62-year-old freelance actor who runs the weekly meeting. “There are restrictions to what we can do these days, but we should still do what we can do. Getting together to practice the lines gives us the energy and willpower to live another day and remind each other of who we are. We’ll be ready when the curtains open again.”

July 9 was like any other Thursday morning. The antique-looking bar was soon filled with actors and producers as the clock hit 11 a.m. They divided up their roles. Once the reading started, the dusty bar floor became their stage and the dim fluorescent lights above their heads the spotlight.

Will intensive tracing be the new normal in a Covid-19 world?

Will Korea's airline industry ever really take off again?