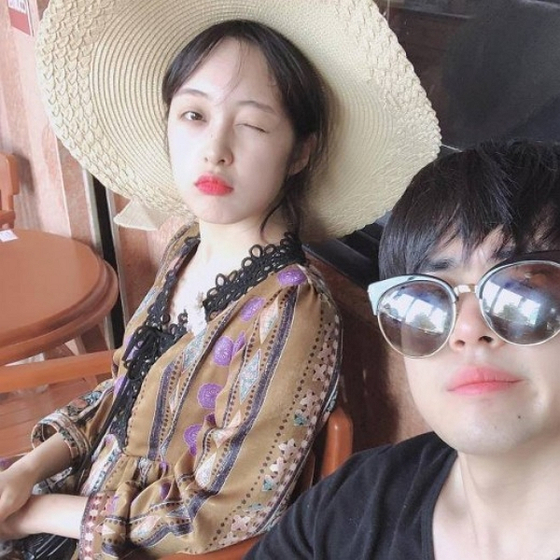 Kim and Jo, both 24, first met while filming the smash-hit drama series when they played high school students and confirmed they were dating in February after the show ended.

“The two naturally grew apart, and they recently broke up. They have returned to being good acquaintances,” Kim’s agency Moment Global Entertainment said on Monday. Jo’s agency HB Entertainment also confirmed that the two broke up due to their busy schedules.

By raising their profiles as student characters Kim Hye-na and Cha Ki-jun in “SKY Castle,” they have been actively building up their acting portfolios. Kim appeared in Channel A drama series “Touch” and MBC’s SF drama series "SF8: Astronaut Joan" this year, and Jo has recently been cast in the new OCN drama series “Wonderful Rumor” (translated) and the SBS hit drama series "Hot Stove League” (2019).