THE SUMMER OF ESME

Through Aug. 16: A summer vacation routine for a little girl named Esme involves paying a visit to her grandparents who live in close proximity to the beach.

Esme has been visiting her grandparents even before she could walk, but now the girl is grown up enough to go on a trip by herself. While her grandparents' house remains the exact same, from the old fireplace to the worn-out teddy bear, one thing is different. Esme's grandma is gone. Her grandfather only tells her that her grandma left to become an acrobat.

Based on “Walking the Tightrope” written by Mike Kenny, the theatrical performance, "The Summer of Esme," talks about loss and grief.

The performance is part of Seoul Arts Center’s annual "Kids & Family Festival" that is held every summer.

Aug. 11 – Oct. 25: Rock musical “Murder Ballad” is making a return to home soil for the first time in four years.

Set in the city of New York, the musical revolves around Sarah and Tom who were deeply in love when they were young. But their relationship becomes estranged as they grow older and the two eventually break up.

Sarah soon meets another man Michael and the two get married and lead a happy married life. But when she gets tired of living a secure life, she contacts Tom and their reunion brings a disastrous ending to all.

The musical is rated for those aged 17 and older.

The performance starts at 8 p.m. during weekdays; 2 p.m. and 6 p.m. on weekends. There are no shows on Mondays. 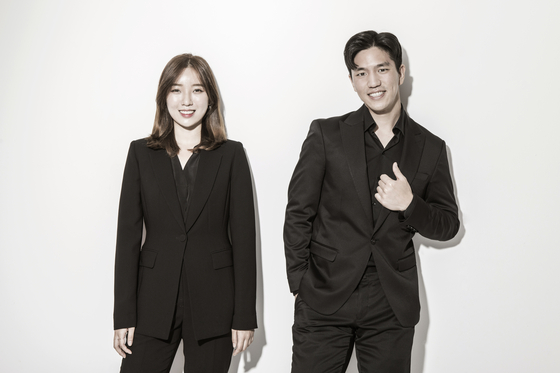 The annual project of Jeongdong Theater in central Seoul titled "Young Artist in Full Bloom" will begin on Aug. 18 and run for 10 days. [JEONGDONG THEATER]

Launched in 2017, the project sponsors the first official performances of young musicians who play gukak.

Sabujakdang, a five-member, all-female gukak group, performs on Aug. 18 while on Aug. 27, a duo called CelloGayageum performs on the theme of “Convergence.” As its name suggests, the duo consists of a cellist and a gayageum (traditional zither) player.

On the last day of the performance, ensemble Cadenza will take the stage. The five-member gukak group will play its rendition of tango using various gukak instruments such as ajaeng (string instrument) and saenghwang (traditional wind instrument). 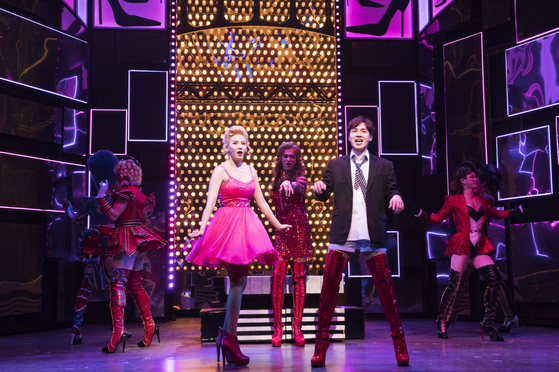 Musical ’Kinky Boots“ is a story about a man named Charlie, an owner of a shoe factory, teaming up with a drag performer Lola to revive his dying business. The photo is taken from the 2018 production of ’Kinky Boots.“ [CJ ENM]


Aug. 21 – Nov. 1: Charlie Price takes over the family business from his father and begins to run a shoe factory, but he soon realizes he is on the verge of bankruptcy. In a bid to find a breakthrough, the businessman unwillingly teams up with a drag performer named Lola to produce a line of high-heeled boots for other drag queens called “kinky boots.”


Sept. 4: Violinist Clara-Jumi Kang and pianist Son Yeol-eum join hands for an upcoming recital. The two musicians first collaborated with each other in 2012 at Carnegie Hall in New York. The collaboration was so well received that the two have been playing together on and off since then.

The last time the duo performed on home soil was in 2016.

Although Kang and Son played as a duo professionally in 2012 for the first time, they have known each other for a long time and played together a lot when they attended Korea National University of Arts in 2004.

The two will play pieces including Richard Georg Strauss’ "Sonata for Violin and Piano in E flat major op. 18" and Stravinsky’s “The Fairy's Kiss-Divertimento.” 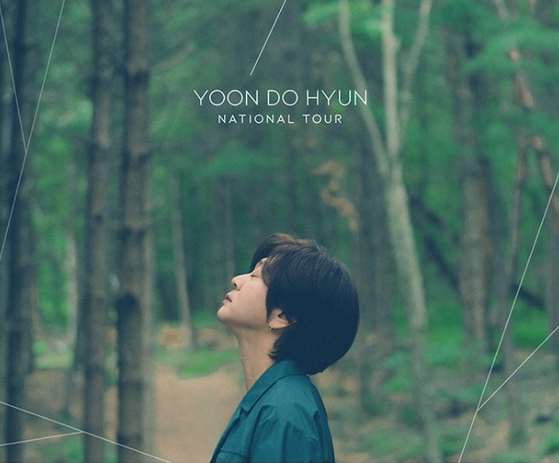 Singer-songwriter Yoon Do-hyun, also a member of rock music band YB, will hold a solo concert in Seoul on Sept. 4 and 5. [DEE COMPANY]

Sept. 4 – 5: Singer-songwriter Yoon Do-hyun is to hold a solo concert in Seoul. Yoon, who is also a vocalist of the rock band YB, has been much loved by music fans for his powerful vocal over the past two decades. He has many hits under his belt including “Oh! Pilseung Korea,” “A Flying Butterfly” and “I Guess I Loved You.”

After the two-day concert in Seoul, the musician will stop by other cities such as Daegu and Busan to hold solo concerts.


Oct. 3 – 4: The once postponed annual Seoul Jazz Festival will be held in October after it was called off in May with the coronavirus pandemic. Tickets for the festival, in its 14th year, have gone on sale.

The festival released the names of the acts who will perform in the two-day concert, including jazz trio Moonchild, British band Honne and bossa nova king Sergio Mendes.

Korean singers Kim Feel, Crush and Baek Ye-rin will take part as well. Since it started in 2007, the Seoul Jazz Festival has become the most popular jazz festival in the capital city.