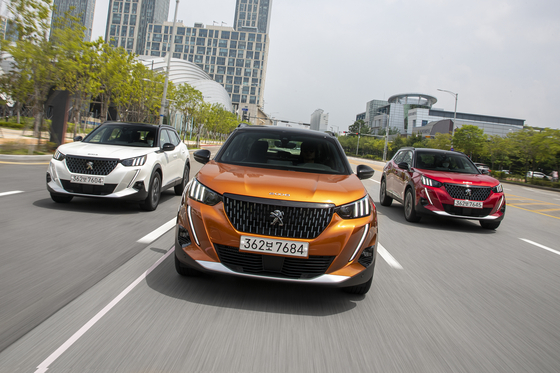 
GAPYEONG, Gyeonggi — Peugeot cars have always been a niche choice for Korean consumers, but the new fully revamped 2008 SUV from the French automaker might just turn the tide with its considerable power and quirky design.

The confusingly named 2008 SUV actually first arrived in Korea in 2014, chopping the compact SUV chart here among imported vehicles the following year. Its popularity dwindled as time passed by and new models from both domestic and imported carmakers were released.

The new 2008's driving performance improved significantly with stronger torque and a quieter engine. In addition to that, the vehicle is bigger and more spacious with some tech upgrades inside.

The Korea JoongAng Daily got behind the wheel of the compact SUV on Aug. 5, driving a 52-kilometer (32-mile) course from Hanam to Gapyeong in Gyeonggi. The most noticeable feature upon entering the vehicle was what’s called the 3D i-Cockpit, a hologram-style instrument cluster behind the steering wheel that provides key driving data in 3-D.

The 3-D system combined with the car’s unconventional oblong steering wheel makes driving the 2008 more akin to playing a video game than driving a large vehicle. 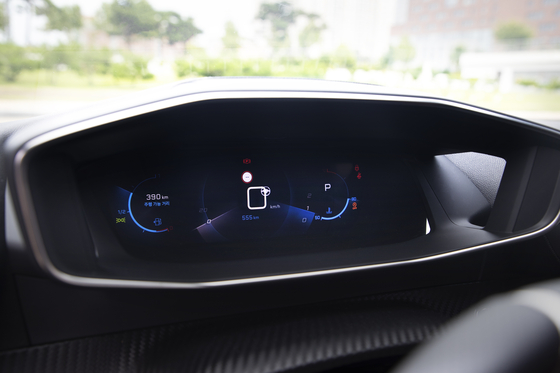 
These quirky features could leave some drivers questioning the 2008's ability on the road. The cockpit is more cute than competitive, and you'd be forgiven for thinking the manufacturers focused on appearance over performance.

The vehicle behaved above expectations on the highway with speeds over 100 kilometers (62 miles) per hour even in heavy rain. Thanks to its diesel engine, the car cut through the downpour with little effort and not much noise. Changing lanes and cornering was stable even at high speeds.

On a congested road, however, the solidness of the vehicle came as a shortcoming as its hard suspension meant every bump in the road was felt in the driving seat. This is an old issue for European carmakers whose vehicles are designed for a market where drivers like to feel the ride, not relax in cushioned comfort like in Korea.

Thanks to the vehicle's adoption of Groupe PSA’s new Common Modular Platform, which is dedicated to the brand’s front-wheel drive compact models for all engine types, the vehicle is more spacious inside. In fact, since this diesel model doesn’t have an electric battery placed under the front row, the seats are lower, making more head room.


Its presence on the road is pretty notable as well since the external design — from the grille and air intakes to the lights — follows a drastically different design language from the SUVs made by domestic carmakers. The cute interior is not evident on the outside, where signature lion tooth LED lights are placed on each side of the relatively large trapezoid-shaped grille. The rear also has some animal-inspired features with the lion’s claw figuration of LED rear lamps.

Its four-cylinder 1.5-liter diesel engine emits a maximum horsepower of 130 and 30.6 kilogram-meters of torque, while its official fuel efficiency is 17.1 kilometers per liter (40 miles per gallon).

When the test drive finished, the i-Cockpit showed that the vehicle had run at a fuel efficiency of 15.1 kilometers per liter, which is still a pretty impressive figure.

In terms of fuel efficiency and driving performance, the Peugeot 2008 doesn’t fall behind. Actually, it is better in some categories.

What it does lack compared to its rival is price competitiveness.

The EV version of the 2008, which can drive up to 237 kilometers per charge, costs 45.9 million won before subsidies. It launched in Korea last month but wasn’t available for test drive as the first batch hadn't arrived from Spain yet.

Stellantis to bring nine models to Korea this year