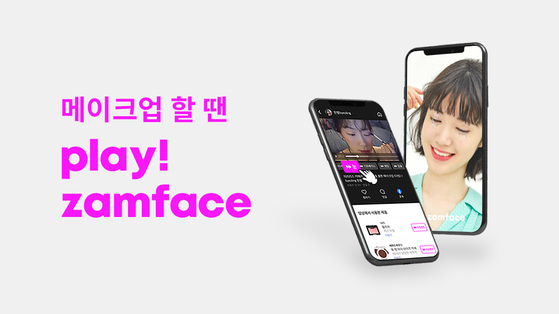 A promotion for Zamface, which curates beauty videos. [ZACKDANG COMPANY]


Zamface, which was launched in June 2019, is a beauty video platform where users can share makeup tips and access curated beauty videos. Female users born between 1996 and 2010 account for 94 percent of users. The total number of downloads has surpassed 600,000, according to Zackdang.

The app's time jump function, which enables users to jump to a specific section of a video using artificial intelligence technology, helped the company secure the investment, according to Zackdang.

Zackdang said it plans to accelerate its expansion abroad, starting with Vietnam, Indonesia and Thailand. The Vietnamese version is currently being developed.

“Zamface targets Millennials and Generation Z by providing powerfully convenient functions centering on videos that are different from existing services,” said Lee Hyun-suk, STIC Ventures principal. We “evaluated [Zamface] to have big potential for growth as a beauty platform that could be expanded to commerce and social [networks] in the future.”

Zackdang didn’t specify how the two will work together.