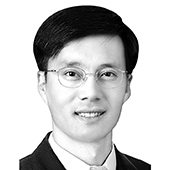 Hwang Cheol-seong
The author is a professor of Seoul National University Department of Materials Science and Engineering.

A year has passed since the Japanese government slapped curbs on South Korea-bound shipments of components necessary for chip and display manufacturing. It had been a hectic year as I had to respond to the flood of questions from the government and media and fielded requests from various forums. I was awed by the level of public interest in chipmaking.

The issue could have hit a nerve among Koreans because it involved Japan. Whatever the reason, semiconductor research has received traction thanks to government and political support.

The government has promoted the IT component, materials and equipment sectors as heavy reliance on imports has been the primary cause of the trade deficit with Japan.

But more progress has been made in the past year than in the last 20 years. The credit should go to engineers and entrepreneurs who held their ground and persisted in technology advances under poor conditions.

Regardless of the headway, we must be cool-headed in our assessment. The truth is that we still have a long way to go. Let’s take the example of high-purity etching gas, or hydrogen fluoride (HF) that Korea claims to have matched to replace Japanese imports. 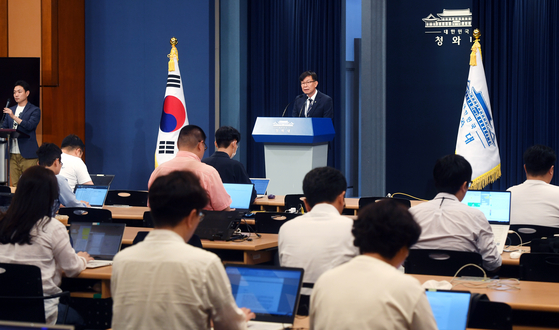 The sum is not great, but without the material, Korea’s mainstay chipmaking industry worth 100 trillion won could be at risk.

From the financial perspective, there is no big profit in producing 200 billion won worth high-purity HF used exclusively for wafer production. It has been better to get reliable and cheap supply from Japan. The country inevitably had to seek self-sufficiency due to export curbs from Japan.

Have we really achieved localization in the material? Fluorite, the principal mineral for HF, is imported from China. Korea cannot claim full self-sufficiency unless it has the basic chemical. It is drawn from fluorite ore containing CaF2 and cobines it with sulphuric acid to form solid calcium sulphate. The mineral is mostly found in China, and the chemical process can be difficult to achieve.

What worries me is Beijing’s heavy investment to promote the semiconductor industry. China is projected to be just one to two years from catching up with Korea in flash memory technology and be at capacity in three to five years when it comes to dynamic random access memory.

The early product won’t be competitive, but given its track record in other products, China may well pose formidable competition to Korea’s top players Samsung Electronics and SK hynix within five years. They could face huge setbacks if China restricts shipments of raw materials for HF.

China has exerted control in minerals in the past. It retaliated for Korea’s installation of the Thaad anti-missile system. Korea must ready for countermeasures as China could pose greater danger than Japan.

The perspective of finished goods makers is also important. A diverse supply chain is essential to maintain cost competitiveness. It is therefore unwise to entirely exclude Japan.

The public may not agree. But given the limited resources and market in Korea, we must be more level-headed.