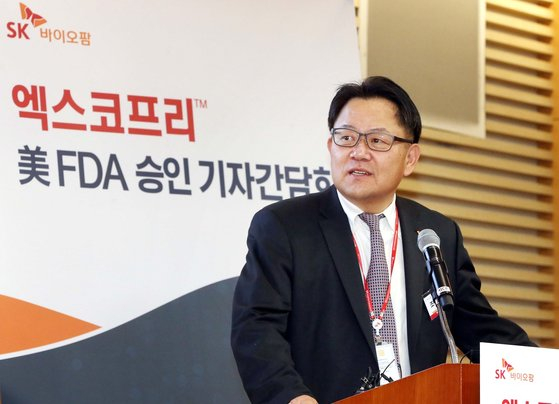 
Despite its fast growth and strong presence in the market, concerns of an SK Biopharmaceuticals bubble are still a big issue.

SK Biopharmaceuticals, a smaller affiliate of Korea’s SK Group, has been showing rapid growth in the stock market. The company’s stock closed at 179,000 won ($151) on Friday, nearly quadruple its 49,000 won initial public offering set last month. It reached its all-time high of 217,000 won on July 8, less than a week after it entered the market.

Some investors have raised concerns of an SK Biopharmaceuticals bubble. They say it is nearly impossible for a company that barely records annual sales of 70 billion won to become one of Korea’s 20 largest companies in a month.

There are five key points to consider in analyzing the company's success. 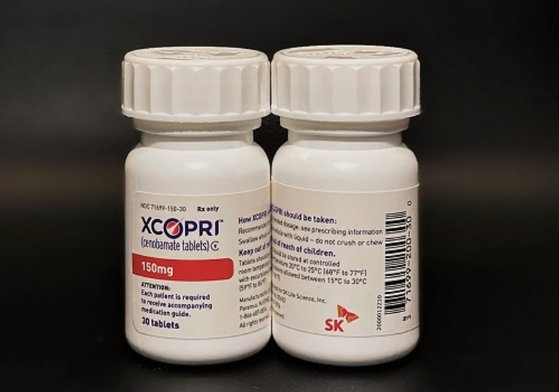 The position of Xcopri, or cenobamate, in the U.S. market


Xcopri, SK Biopharmaceuticals’ drug for partial-onset seizures in adults with epilepsy, is one of its major products. After the company earned approval from the U.S. Food and Drug Administration (FDA) late last year, it started sales of Xcopri in the United States in May. The company’s U.S. subsidiary SK Life Science is in charge of sales there.

According to Heo Joon, a spokesperson for SK Biopharmaceuticals, the company already secured around 120 employees with experience in the epilepsy treatment sector.

SK Biopharmaceuticals plans to announce its second quarter net profit soon, and the sales figures of Xcopri will be included.

“Although the U.S. healthcare market is unstable due to the Covid-19 pandemic, sales of Xcopri are quite good,” said a spokesperson from SK Biopharmaceuticals.


Xcopri is new but it's not the first treatment of its kind. Belgium-based Union Chimique Belge (UCB)’s treatments Vimpat and Keppra have been dominating the market. According to market research firm Frost & Sullivan, of the global epilepsy therapy market valued at $6 billion, Vimpat and Keppra account for 40 percent. Big pharmaceutical companies such as GlaxoSmithKline, Sanofi and Pfizer are also competing in the market.

As UCB’s patent for Vimpat expires in 2022, cheaper versions of generic drugs are likely to be produced in large quantities. The clinical trials for 20 new anti-epilepsy treatments are currently underway as well.

SK Biopharmaceuticals is still confident about its success.

“Of all epilepsy patients, about 30 to 40 percent are still not able to control their seizures, even with the availability of many anti-seizure medications,” Heo said. “We are excited that Xcopri is now available by prescription in the U.S. for adults with partial-onset seizures.”

Biopharma industry experts, however, say it could take longer than expected.

“The EMA’s approval procedure is [based] on onerous regulations and takes longer than the FDA,” an expert said. “The result announcement might be delayed and will be made during the second half of 2021.”


Aside from Xcopri, SK Biopharmaceuticals is currently working on the development of seven additional new pipeline drugs. One of the drugs that shows the fastest process is a candidate substance that aims to expand the range of uses for Xcopri. It is currently undergoing Phrase 3 clinical trials.

Another drug that is being developed as a treatment for Lennox-Gastaut syndrome is currently undergoing pharmacokinetic experiments on patients and is expected to start Phrase 3 clinical trials as early as the first half of next year. The others have either completed Phase 1 or are still underway. 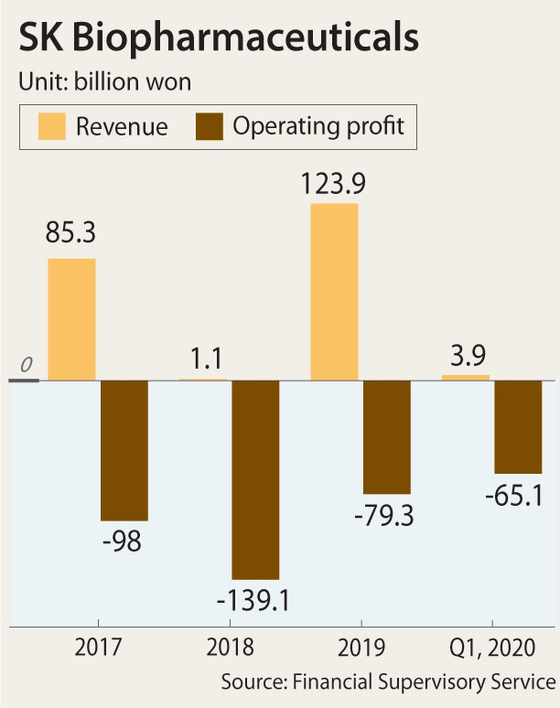 
Since SK Biopharmaceuticals made a strong market debut last month, several employees have quit. As of the end of April, the company had a total of 210 employees. Of those, 37 are Ph.D-level researchers while 67 have postgraduate degrees. As the company’s drug development department has 14 different teams, it faces huge setbacks when any researcher quits. In that case, technology leakage would be another big problem.

SK Biopharmaceuticals said, “We can’t reveal the number of people who resigned. However, no one from the department developing ongoing drugs has quit.”