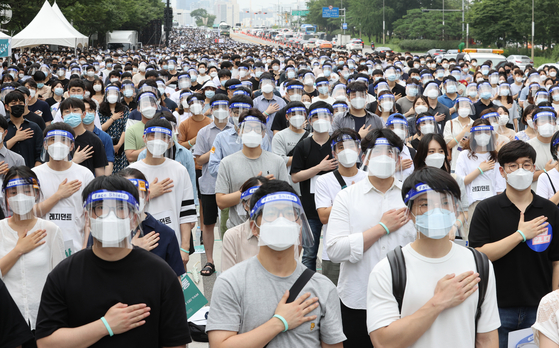 Thousands of trainee doctors on Friday hold a one-day strike to protest the government's medical workforce reform plan in Yeouido, western Seoul, on Friday. The Korean Intern Resident Association (KIRA), a group of interns and resident doctors, held the 24-hour walkout in opposition to the government's plan to raise admission quotas at medical schools. Around 70 percent of the group's 16,000 members took part in the collective action, but there were no major disruptions reported as hospitals brought in other health workers. The Korea Medical Association plans to stage a separate general strike next Friday. [YONHAP]