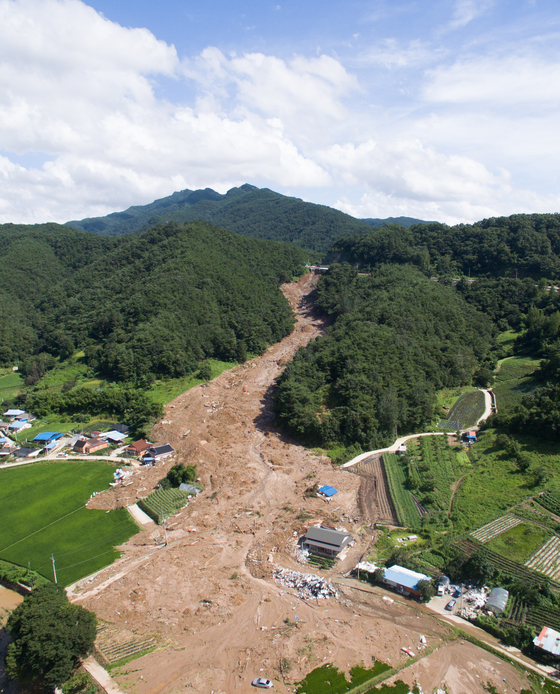 Korea suffered the highest number of casualties in a single rainy season in nearly a decade — with 38 deaths and 12 missing — and the rains are far from over, with a typhoon approaching the country on Monday.

Typhoon Jangmi formed in the ocean southwest of Japan on Sunday morning, and is expected to reach the southern coasts of Korea, passing close to Busan, around 3 p.m. Monday, according to Korea Meteorological Administration (KMA).

While the typhoon’s strength is estimated to be small, with maximum wind speeds of 46 miles per hour when it lands, the KMA warned that it will add to the downpours in the southern coastal regions, where several villages were inundated over the weekend. (Although Jangmi is considered a typhoon by Korean standards, it is still a tropical storm by international standards.) 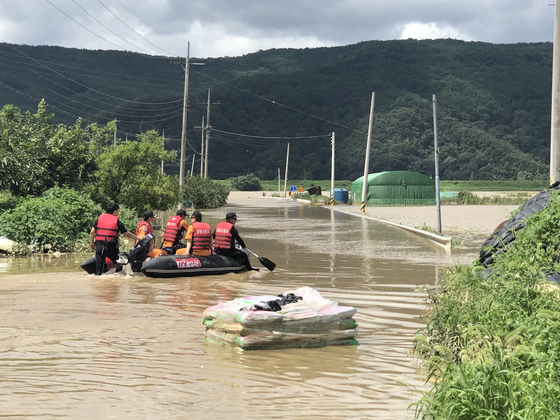 
Torrential rain of 450 millimeters (17 inches) in South Gyeongsang on Saturday resulted in two flooded villages in Changnyeong County, one death in Geochang County and one missing in Miryang city as of Sunday morning.

The 156 residents of the two flooded villages were evacuated to a local elementary school on higher ground.

A man in his 80s died Saturday when his house was engulfed by a landslide in Geochang. A laborer in his 50s who was working on a drain near a stream in Miryang on Saturday went missing. Authorities were still searching for his body as of Sunday afternoon. 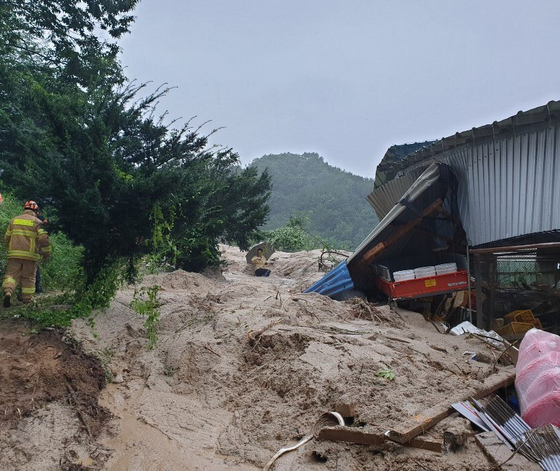 
A traditional market in Hadong County, South Gyeongsang, was also flooded Saturday, with at least 208 stalls and stores inundated as of Sunday.

A village in Damyang County, South Jeolla, was flooded over the weekend, inundating the homes of 303 residents. At least four houses were swept away in a landslide. Authorities said most of the residents were evacuated to a local elementary school before the landslides and the flooding, but that an 8-year-old boy visiting his grandparents for the summer holidays went missing. 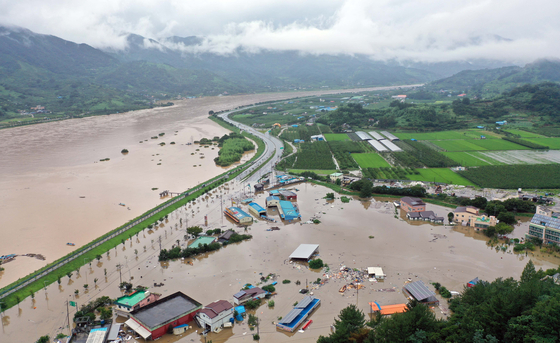 This year’s rainy season, which began on June 24 with downpours in the central areas of the country, has resulted in at least 38 deaths and 12 missing as of Sunday morning, according to the Central Disaster and Safety Countermeasure Headquarters. That is the highest since the summer of 2011, when 77 died or went missing in torrential rains and landslides.

The 50 casualties include, in addition to those tallied over the weekend, the deaths of two drainage workers in Hamyang, South Gyeongsang, on July 13; three people who died in an inundated underpass in Busan on July 23; and three deaths and three missing from three boats capsizing above a dam in Chuncheon, Gangwon, on Thursday. The three missing in that incident were still being searched for as of Sunday afternoon.

According to the government, the torrential downpours have inundated 5,820 farms and at least 659 houses as of Sunday.

With the continued downpours, the Korea Forest Service issued landslide warnings across the country except in Jeju City on Sunday. 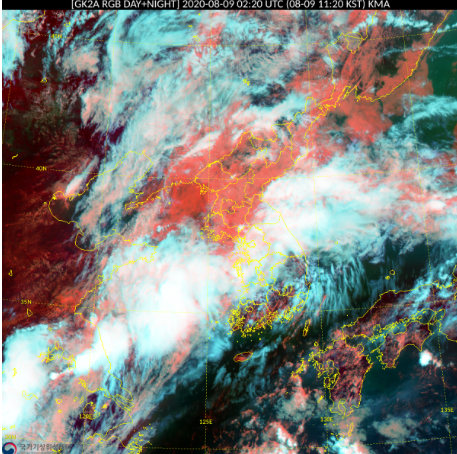 
The forest service said there were a total of 667 landslides in August alone, 55 of which took place on Aug. 5. Most of them were in southern regions including South Gyeongsang.

The government agency said that it is communicating with heads of small villages to evacuate residents from some 7,700 villages at particular risk.

“The continued rain has soaked the mountains already and at this point we think that a large-sized landslide can take place anywhere in the country,” said Park Chong-ho, head of the Korea Forest Service, in a statement on Sunday. “We need everyone to cooperate. If you receive a text message from the government or a message from the village head to evacuate, please follow the orders.”