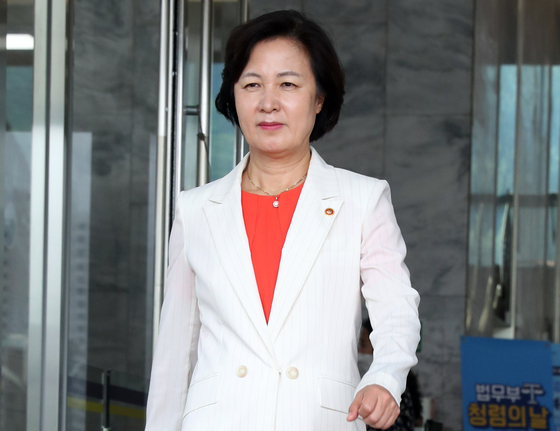 In the latest round of the Choo-Yoon feud, Yoon’s close colleagues were sent to peripheral posts within the prosecution, while those considered to have chummy relationships with Choo and the liberal Moon Jae-in administration were offered coveted positions within the powerful investigative body.

Sources in the prosecution with knowledge of the personnel decisions told local media that none of Yoon’s recommendations to Choo were accepted, implying that her asking for his opinion was a mere formality.

In a statement last Friday announcing Choo’s criteria for the latest reshuffle, the Ministry of Justice said the focus was on promoting seasoned prosecutors who had “silently” and faithfully accomplished their duties throughout their careers.

The head post of the Anti-Corruption and Organized Crimes Department went to Shin Seong-sik, third deputy chief prosecutor of the Seoul Central District Prosecutors’ office, while the top position of the Forensic Science Investigation Department went to Lee Cheol-hee, head of the Suncheon branch of the Gwangju District Prosecutors’ Office in South Jeolla.

Almost all are known to have close ties to Choo or were directly involved in a ministerial or prosecutorial investigation meant to support the Moon administration.

With the latest reshuffle, all of the prosecution’s four most powerful posts are occupied by a figure from the Jeolla region — South Jeolla and North Jeolla — a traditionally liberal base loyal to the Moon government. 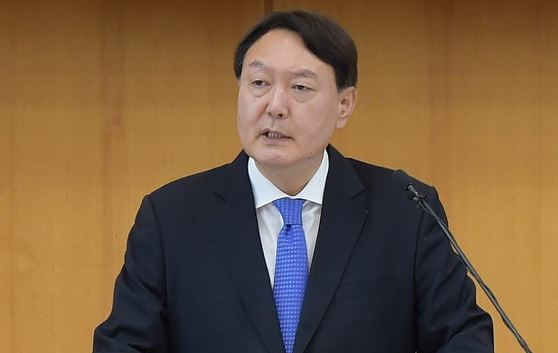 The main opposition United Future Party (UFP) slammed Choo and the Moon administration over the weekend for the personnel decisions, saying in an official statement that it was “getting harder over time to understand Minister Choo’s psychological state.”

UFP Rep. Kim Woong, a former prosecutor, unleashed a storm of vitriol Sunday during a telephone interview with the JoongAng Ilbo, saying he had never seen an administration choose such “incompetent” people for powerful posts within the prosecution, saying it appears that the Moon government “solely cares about how much [prosecutors] obey” its orders.

In an earlier post on Facebook, Kim said “pet prosecutors” whose only job was to kowtow to the Moon government have now come to rule the prosecution. Yet it is a relief, he said, that there are still many more “wolves” out there who refuse to eat pet “feed,” apparently alluding to prosecutors who refuse to align themselves with Choo.

DP Rep. Kim Nam-kuk rhetorically asked whether Rep. Kim Woong was acting as Prosecutor General Yoon’s “spokesperson,” and warned him not to disparage prosecutors who had spent so much time and effort climbing the ranks.

Another DP lawmaker, Park Beom-kye, urged the UFP lawmaker not to compare prosecutors to “animals.”

The sword is blunted