In order to make opera more accessible to those who are new to it, the organizer of the concert said traditional opera singers and cross-over musicians will perform together. 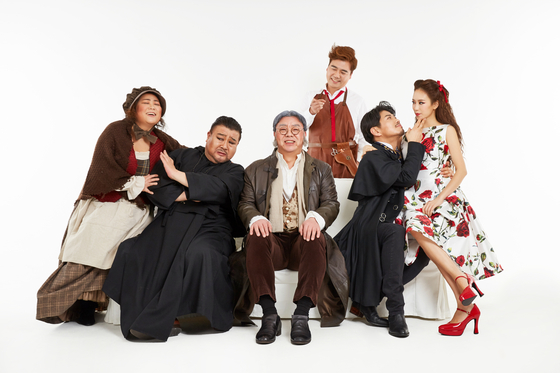 
THE BARBER OF SEVILLE
Sejong Center for the Performing Arts, M Theater


Aug. 18 - 22: Italian composer Gioachino Rossini’s masterpiece “The Barber of Seville” is being staged by the Seoul Metropolitan Opera.

Set in 18th-century Spain, the opera tells the tale of Figaro, a barber from Seville, who assists Count Almaviva in his search for the most beautiful lady in the town.

Premiered in 2014 in Broadway, the musical was acclaimed by critics and audiences alike upon its release.

Aug. 19 – 23: Marking the 60th anniversary of the diplomatic relationship between Korea and Sweden, two art groups from each country joined hands and created this nonverbal performance.

SangSang Maru of Korea and ZebraDans of Sweden began preparing for the show from 2019 but with lingering concerns over the ongoing coronavirus, only Korean actors would take the stage.

"Ne Ne Ne" is designed for young audiences to explore shapes and sounds they hear every day. The show is a combination of dance, mime and theatrical performance.

Aug. 21 – 23: The Korean National Ballet presents a piece inspired by the life of Heo Nan Seol Heon who was a female poet during the Joseon Dynasty (1392-1910). Despite her talent and the large volume of beautiful poems she wrote, she was not appreciated because she was born in the time when women were not recognized no matter how talented they were.

Based on “Gamwoo” and “Mongyugwangsangsan,” the two most famous poems by Heo Nan Seol Heon, the Korean National Ballet reinterprets the old poems with modern ballet moves.

Sept. 4 – 5: Singer-songwriter Yoon Do-hyun is to hold a solo concert in Seoul, titled 2020 Acoustic Forest. Yoon, who is also a vocalist of the rock band YB, has been much loved by music fans for his powerful vocals over the past two decades. He has many hits under his belt including “Oh! Pilseung Korea,” “A Flying Butterfly” and “I Guess I Loved You.”

After the two-day concert in Seoul, the musician will stop by other cities such as Daegu and Busan to hold solo concerts.

Kim is considered one of the world’s leading experts on Beethoven because he has been playing pieces by the German composer for years.

His passion for Beethoven was acknowledged when he was invited to perform at a concert to celebrate the birth of Beethoven in 2012. Kim was also the first beneficiary of the Beethoven monitoring program in 2013 and was given access to the composer’s handwritten documents for further studies.

Kim’s recital was scheduled to be held in March, but it was called off due to the outbreak of the coronavirus.


Sept. 19: The Italian composer Ennio Morricone passed away in July, but his masterpieces will be remembered through a concert in Seoul.

The concert will feature We Philharmonic Orchestra and some singers including musical actor Min Woo-hyuk and soprano Park So-young. They will perform Morricone’s works from films like “The Mission” (1986) and “Once Upon a Time in America” (1984). 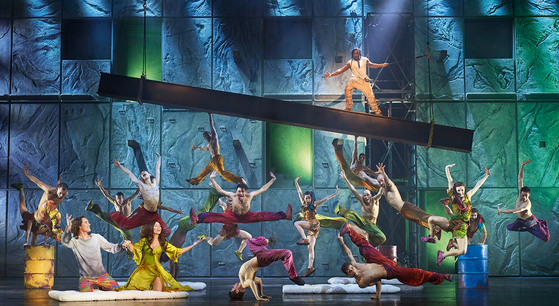 Nov. 10 – Jan. 17: The original French production team of the musical “Notre Dame de Paris” is making its way to Seoul for the first time in five years to mark the 20th anniversary of the musical being staged in France.

The first batch of tickets for the musical are already on sale.