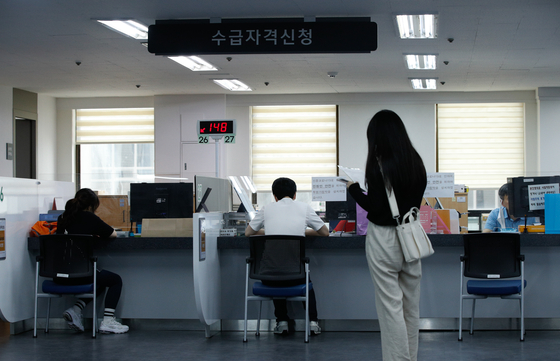 Korea lost 277,000 jobs in July, the fifth monthly decline as the coronavirus squeezed the economy.

The jobless population increased to 1,138,000 people, a 4 percent increase from a year ago and the highest number since July 1999, according to data compiled by Statistics Korea Wednesday.

The country’s jobless rate rose 0.1 percentage points on year to 4 percent. This was the highest jobless rate for July since 2000.

By industries, accommodations and restaurant businesses were hit the hardest with 225,000 jobs lost, followed by the retail industry with 127,000  and the educational service industry, losing 89,000.

People who have basically given up looking for jobs increased as well, accounting for 17.5 percent of the economically inactive population.

Among them, the number of people who said they are “resting” hit a new record. It reached 2.3 million people last month, an on-year increase of 10.8 percent or 225,000 people.

This statistic is watched because it's not included in the nation's jobless rate but is substantial, and people between the ages of 20 and 29 — prime working ages — account for the largest proportion, a fifth. 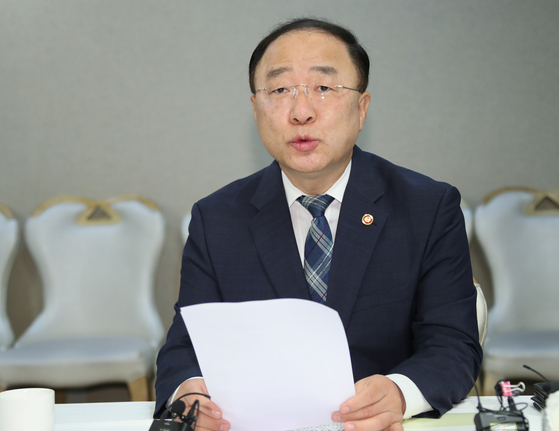 Finance Minister Hong Nam-ki speaks at a meeting held in the administrative office in Sejeong. [YONHAP]


Immediately after the statistics were released, Finance Minister Hong Nam-ki commented on his social media page that the job market has been getting better since May.

“If we compare the number of jobs lost by months and not by on-year figures, we can see that the employment situation has been lighting up since May. The number has been rebounding since hitting the highest in April,” he wrote.

However, the finance minister did admit there is “still a long way ahead to get back to pre-coronavirus levels,” and expressed regret that “figures related to youth population are showing slower-than-expected recovery.”

He also mentioned that the job market may suffer in August due to the torrential rain.

“The government will approach this matter seriously and do our best to accelerate the recovery of the job market,” wrote Hong.

Why the young always need jobs