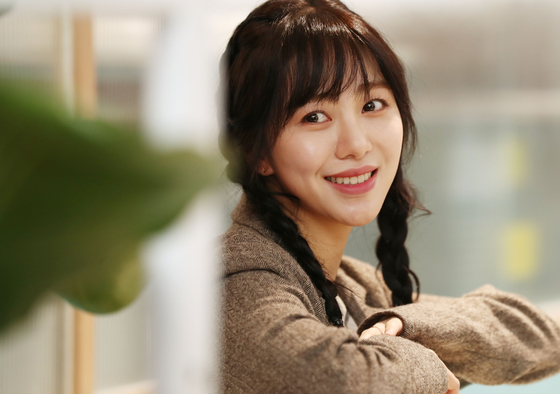 
Through her Instagram account on Tuesday, actor Kwon Min-ah, or Mina, apologized to the public “for having caused trouble” and said that she is remorseful for her past actions.

On Saturday afternoon, Kwon uploaded an Instagram post with an image of her bloody wrist and the words “I’m not going to depart victimized.” She was later transported to the hospital after the apparent suicide attempt. She was discharged from the hospital on Sunday.

“I know that many of you were worried about me and cheered for me, and I’m sorry to have disappointed all of you once again,” Kwon said in the posting Tuesday. “I also apologize to all of you who were hurt by me and to those who saw the photo [of my wrist].”

Kwon wrote that she had met with Han Sung-ho, the CEO of her agency FNC Entertainment.

“I was just so sad and so hurt when I had to quit AOA due to this problem, when I loved the group and [my] agency,” Kwon said. “After hearing what Han had to say, I could feel his sincerity and I now deeply regret that it has come to this.”

She ended the post with a promise that “nothing like this will ever happen again” and said that she will be focusing on receiving treatment.

For over a month now, Kwon has been accusing Jimin, ex-leader of the girl group AOA, the rest of the members, and FNC Entertainment of bullying. She said that Jimin had bullied her for a decade and was the primary reason why she left the group last year.