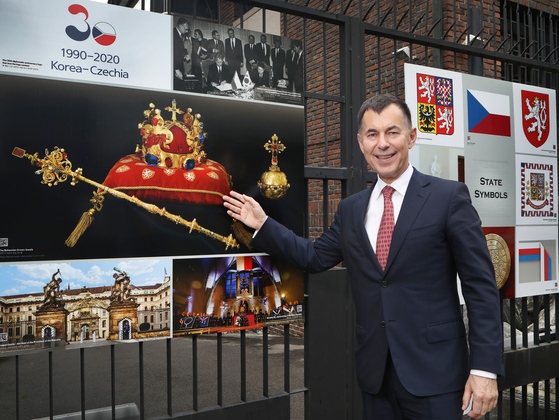 Czech Ambassador to Korea Gustav Slamecka at the photo exhibition to commemorate the 30th anniversary of Czech-Korea ties at the Czech Centre Seoul on Monday. [PARK SANG-MOON]


A special photo exhibit in Seoul commemorating the 30th anniversary of diplomatic ties between the Czech Republic and Korea shows that the people of the two nations have been communicating for at least a century.


“This is a photo depicting the time when Czech Legions supplied Korean independence fighters with weapons in 1920,” said Czech Ambassador to Korea Gustav Slamecka, pointing to a photo at an exhibition hosted outside of the Czech Centre Seoul on Monday. “The fighters came out victorious that year in their Battle of Cheongsanri.”


Korea was occupied by Japan from 1910 to 1945. The Battle of Cheongsanri was one of the battles staged by independence fighters in Korea in 1920.

Since then, the two nations have undergone periods of occupation, wars and revolutions, some of which have wrought permanent changes. But their bilateral cooperation, sealed in 1990, has only flourished, the ambassador said.

“Shown in the photos are moments of highlights in the bilateral ties, such as when the Korean and Czech ministers signed the agreement to establish ties in 1990,” Slamecka said. “Then there was the summit of President Kim Young-sam and President Vaclav Havel in 1995, and more recent meetings between President Moon Jae-in and President Milos Zeman in New York and in Prague.” 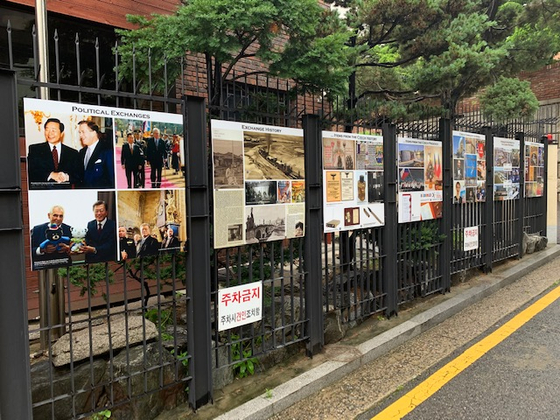 Photo exhibition at the Czech Centre Seoul. [EMBASSY OF THE CZECH REPUBLIC IN KOREA]


The nearly 100 photos capture everything from bilateral ties to national symbols of the Czech Republic, such as the Bohemian Crown Jewels. Each photo is displayed with a QR code that lends more information in both English and Korean.

“The stories behind each subject in the photo are interesting. Take the Czech crown jewels for instance,” Slamecka said. “Commissioned by Emperor Charles IV, the stones were said to have been collected from various parts of the world. The crown jewels were never a property of the king, and the king had to borrow them from the church and only during special occasions such as coronations.

“What’s interesting is that the jewels were kept preserved even through the era of communist occupation of the country,” he added. “They are kept today at the St. Vitus Cathedral of the Prague Castle, with seven locks. The seven keys are in the possession of seven individuals, such as the president, head of senate, head of parliament, mayor of Prague and so on. They have to be at the same place at the same time for anyone to gain access to the jewels.”

It’s a national event when the crown jewels become available for public viewing once every few years.

The exhibition also puts faces on the bilateral ties, including photos of a Czech professor teaching at a Korean university, a Czech coach for a Korean ice hockey team, a Czech captain at Korean Air and a Czech artist who designed “The Diver” sculpture at the Lotte World Tower.

Other photos include Unesco heritage sites in the Czech Republic as well as bilateral corporate projects including the Doosan Skoda Power and its plant in Plzen, Nexen Tire’s plant in Zatec and Hyundai Motor Manufacturing Czech’s plant in Nosovice. 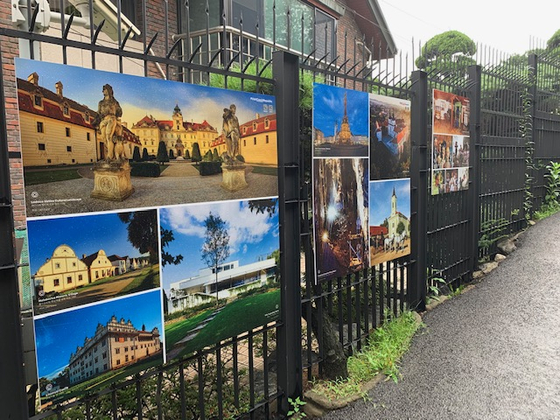 Photo exhibition at the Czech Centre Seoul. [EMBASSY OF THE CZECH REPUBLIC IN KOREA]


The exhibition, an outdoor panel of photos at the Czech Centre Seoul, is open at any hour of the day, through the end of the year. The center is located on the east side of Gyeonghui Palace and Seoul Museum of History in central Seoul.