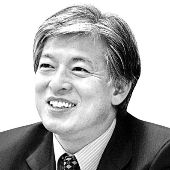 
I had the opportunity to strike up a conversation with a young Norwegian man on a business trip to Europe. I asked if he had complaints about the heavy taxation in the country. Surprisingly, he did not. He said it was like putting money in a long-term savings account since he will get a pension close to 80 percent of his salary. Most of his countrymen have confidence in the state and its guarantee of security and comfort in old age.

Retirees living in Gangnam District, southern Seoul, complain that their pensions are not enough for the tax payments on their apartments after real estate prices jumped nearly 60 percent over the last three years under President Moon Jae-in. American homeowners can plan their tax payments as the tax is fixed to the price when they purchased their homes. But Korean homeowners are taxed on gains that they have not pocketed.

The steep spike in property tax has caused a nightmare for them. As the new laws have mandated a maximum of four years in lease with rent gains over the years capped at 5 percent to allow security for tenants, laws also need to be made to protect landlords by keeping property tax hikes within 5 percent over the same period.

A young executive at Samsung Electronics questioned why the government was harassing the company so much when 90 percent of its revenue is made overseas and it pays over 12 trillion won ($10 billion) in taxes a year. As tax is levied according to income, and those who earn a lot have to return that much back. But we demand too much of social responsibility from the rich by overlooking their hard efforts to get rich. Tax is regarded as a duty and levies are often punitive. Taxpayers are more engrossed with finding ways to save or evade taxes without paying heed to where or how their taxes are spent.

As paying tax is both a responsibility and right, a taxpayer has the right to ensure his contribution is well-spent. Kim Tae-il, head of the Center for Good Budget, campaigns taxpayers to exercise their due rights and oversight on government budgeting to advance democracy in his book “How Does Government Spend My Money?”

At the same time, those subject to the comprehensive real estate tax (a surcharge on expensive or multiple property ownership) increased to 510,000 this year from 60,000 in 2013. At this rate, the number could reach 7 million in 10 years. As a result, more than a third of all households will become subject to the comprehensive property tax after 10 years. In Korea, taxes on high income earners are overly concentrated on the rich. In Britain only 2.1 percent are exempted from income tax and in Japan 15.5 percent. But in Korea, 39 percent of the bottom income class are exempted from the income tax.

When taxes increase, so does a nation’s role. The state becomes more tempted to interfere in markets. Therefore, the government’s duty to spend taxes well is as important as the tax obligation of high income-earners. It is not right to give out Covid-19 relief funds to government officials when they do not need relief in the first place. How about the sudden idea about giving out 400 billion won after residents surrounding Taeneung protested a government plan to turn a military golf course into a residential site even as mass-scale apartment construction were underway around the area? Some young people even sneer that a bizarre campaign promise of handing out 100 million won to every newborn makes more sense than the government’s real estate measures.

The government’s power has grown closer to be in line with greater taxes and budget. But how well is our money spent? In Japan, a political party was launched by salary earners in protest to their transparent tax commitments. Korea too may see a party representing taxpayers soon. The government and ruling party must not push tax hikes on the back of its super majority status. Instead, it must come up with convincing visions for the future in respect to taxpayers. The time has come for a new national consensus to define taxpayers’ rights and the government’s duties.

A war of sanctions