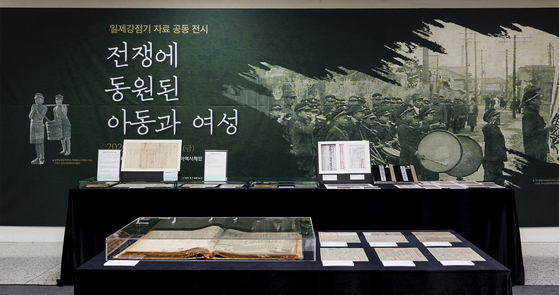 The National Library of Korea, the National Archives of Korea and the Northeast Asian History Foundation came together to release a joint set of data on the forced mobilization of children and women during Japanese colonial rule. [NATIONAL LIBRARY OF KOREA]

An exhibition on the forced labor of women and children during Japan's colonial rule (1910-45) is open to the public from Friday to Sept. 4 for free at the National Library of Korea in Seocho District, southern Seoul. The exhibition features newly released materials include reports of forced labor of children and women, as well as newspaper articles and literature that justified forced mobilization during the Japanese colonial rule.

Issues of military sexual slavery and military mobilization during the era have been reviewed several times, but for the first time, the National Library of Korea, the National Archives of Korea and the Northeast Asian History Foundation have come together to release a joint set of data. 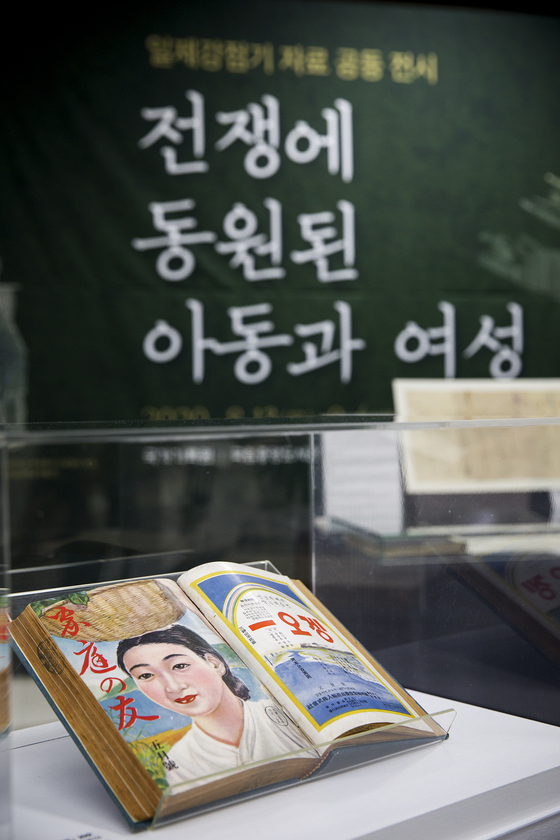 Gajungjiwoo, a government-run magazine of the Japanese Government-General of Korea which emphasized the role of wives during wartime and justified the forced mobilization of women during the colonial era. [NATIONAL LIBRARY OF KOREA]

In 1938, the Japanese colonial government formed labor patriotism units in Korean schools to force students to work based on the Japanese Government-General of Korea’s guideline that “working is getting educated.”

As the war prolonged and there was a labor shortage, students had to extend their labor period by up to one year. The National Archives of Korea revealed school registers that show the labor mobilization of students in elementary school to those in college. 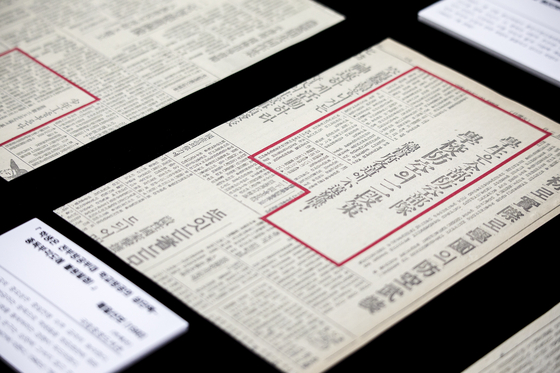 The newspaper on display shows the mobilization of students in mines and factories by calling them ’industrial warriors.“ [NATIONAL LIBRARY OF KOREA]

“Written in 1944, this school register has a written record that a sixth-grade student at Janggi Elementary School in Gongju, South Chungcheong, was forced to pull out roots of barley,” Lee Young-do, a researcher at the National Archives of Korea, said.

“Along with the working hours and what type of labor the child undertook, details of the child’s working ability and attitude are written, such as ‘he works without talking’ and ‘he has a subordinate character.’” Lee said. "A 12-year-old child pulled out 4,000 roots of barley in a day.”

The National Library of Korea selected materials related to the forced labor of children and women from some 300,000 books, newspapers and magazines transferred from the library of the Japanese Government-General of Korea.

Nurses were promoted as "white-robed angels.” The record shows that nursing training classes were set up at Kyungsung Hospital and Chongjin Hospital, and the Japanese even demanded nurses to make kamikaze suicide attacks.

"We have been actively cooperating since last year, and today’s disclosure of records related to forced labor during the Japanese colonial period is just the beginning," Lee So-yeon, the head of the National Archives of Korea, said. "We hope to continue disclosing lists and records related to forced labor by continuously collecting, organizing and analyzing with academic experts."

The exhibition on the first floor lobby of the National Library of Korea will be open to the public from Aug. 14 to Sept. 4 for free. The exhibition does not require a reservation. Call 02-535-4142 for more information.