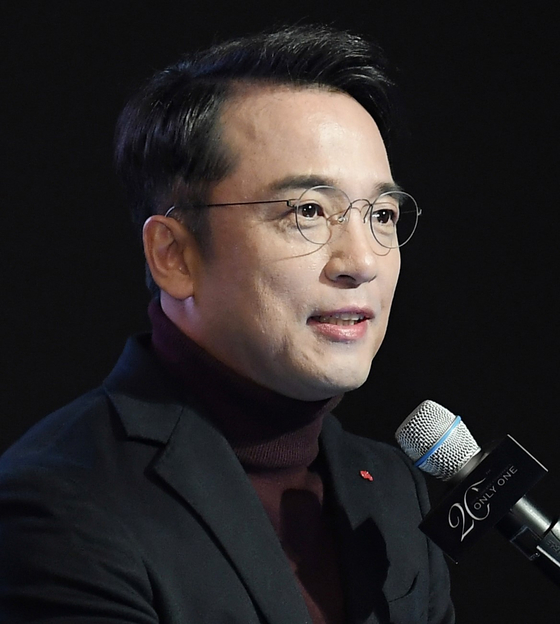 Released in June 2017 and November 2019 respectively, Lineage M and Lineage 2M are listed as the top two mobile games by revenue on Google Play.

According to NCSoft’s business report, Kim was credited for his contribution in heading the development and business for the two games. Between January to June 2020, the company saw net profit jump 87 percent on-year to 358 billion won.

Among the heads of Korea’s top conglomerates, Lotte Group’s Shin Dong-bin topped the list by wage in the year’s first half. He received 6.3 billion won from the six Lotte affiliates where he’s listed as CEO. His first-half payment for 2020 was down 20 percent on-year, as Shin stepped down as CEO of Lotte Engineering & Construction last year and Hotel Lotte cut wages by 50 percent between April and June.

GS Group’s newly appointed Chairman Huh Tae-soo received 7.1 billion won. The majority — 5.1 billion won — was actually severance pay from his former job as vice chair at GS Home Shopping, which he resigned from last year to take on the leadership of the group.

Park Jeong-won, chairman of cash-ridden Doosan Group, earned 870 million won, less than half of the 1.8 billion he earned in the same period last year. As the conglomerate’s business struggled this year, senior executives returned their paychecks when Doosan entered emergency management mode between April and June.

Samsung Electronics Vice Chair Lee Jae-yong was paid nothing. He stopped receiving payments in March 2017 after he was prosecuted for his involvement in a high-profile bribery case surrounding former President Park Geun-hye.

Some conglomerate family members who no longer earn a regular wage still made it onto the list. Cho Seok-rae, honorary chairman of Hyosung Group, received 26.6 billion won in total during the year’s first half including 25.1 billion won severance pay. Cho retired from the top position in early 2018 but his severance pay was granted in March this year.

GS Group’s Huh Chang-soo was in a similar position after stepping down to become honorary chairman in late 2019. He was given 15.2 billion won, including his severance pay from GS Group and the wage he earns as chairman of GS Engineering & Construction.