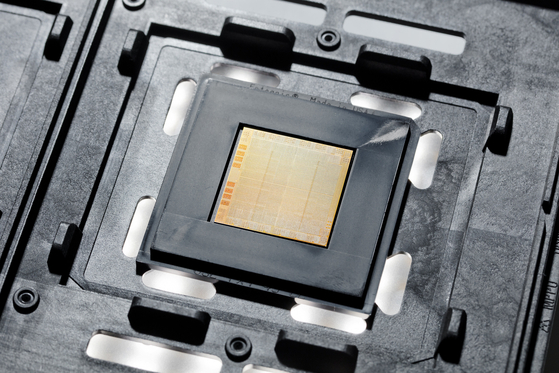 
Samsung Electronics will manufacture an upcoming flagship processor chip designed by IBM, in line with the tech giant’s push to bolster its chipmaking business.

IBM announced Monday that Samsung will be in charge of making its IBM Power10 processor, to be released in the second half of 2021, using its 7-nanometer extreme ultraviolet lithography (EUV) process.

EUV is a patterning technology that can print nodes less than 10 nanometers in width, which allows for more precise and efficient production of semiconductors at small transistor scales.

Samsung and Taiwan Semiconductor Manufacturing Company (TSMC) are the only companies capable of producing chips based on the EUV technology.

The statement added that the contract is born out of a longstanding relationship between two companies on semiconductor research.

“IBM Research has been partnering with Samsung Electronics on research and development for more than a decade, including demonstration of the semiconductor industry's first 7-nanometer test chips through IBM's Research Alliance,” IBM said.

The contract with the U.S. tech company comes as Samsung vies to become the top player in the non-memory chip business.

Although it is the world’s largest memory chip supplier, Samsung trails TSMC in chip fabrication sector, also known as foundry.


The non-memory sector encompasses the foundry business, which is manufacturing non-memory chips for outside clients, and the System LSI business, in which thousands of transistors are integrated onto a single silicon chip.