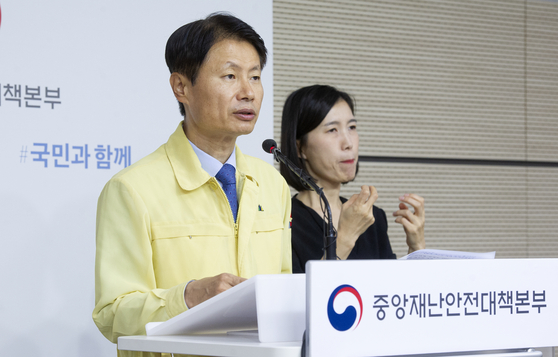 Korean companies are ordering their employees to work from home as Seoul goes through a bad coronavirus patch.

Some had just normalized office working hours weeks ago.

At the forefront are telephone companies and large IT companies, which have many jobs that can be done remotely.

On Sunday, Seoul and Gyeonggi raised the social distancing level from one to two on a three-tier system. which calls for smaller gatherings and more precautions. Some announcements of employees working from home were made even before the government publicly asked for cooperation from the private sector on Tuesday morning.

On Monday, SK Telecom urged all employees to work from home through Aug. 23. This includes staff across the country, not just in Seoul.

In an email, the company urged employees to “reconsider every schedule that requires face-to-face interaction including appointments; minimize outings and stay away from closed places.”

For cases where working in the office is absolutely necessary, staff were told to discuss what to do with senior managers. Even if they were allowed to come to work, public transportation should be avoided, the message read. This is the third time SK Telecom has told its staff to work from home during the pandemic.

On Monday, KT announced restrictions on employees coming to work from Tuesday to Sunday in the Seoul Metropolitan area, including Gyeonggi, Incheon, and Busan — except for “necessary workforce” like maintenance staff for telecommunications equipment.

“In other regions as well, pregnant staff, parents with young children and those in weak health conditions were all told to stay at home,” KT said in a Monday statement.

LG U+ went less far than its competitors. It split its staff in the Seoul metropolitan area and Busan into two groups and told them to alternate coming into the office through Aug. 28.

Staffers going through pregnancies or with children or health issues were given a choice to work from home since February, the company explained.

Among IT companies in Pangyo in Gyeonggi, Kakao made a rapid decision to send staff home last Friday afternoon. On the same day, the company discovered that confirmed coronavirus patients had worked in an office cafeteria in the neighborhood.

“At the moment, the word is to work from home through this week, but it really depends on how the situation develops with the coronavirus,” said a Kakao spokesman.

Kakao and Naver had mandated working from home for the longest among Korean companies after the first outbreak in mid-February. Kakao only normalized office work in early July.

At Naver, staff returned to the office two weeks ago. The IT company initially decided on Friday to oblige staff to alternate, working two days in the office and three days at home. This decision was overturned Monday night, obliging all five days of work to be done away from the office until late August.

Other IT companies like NHN, NCSoft and Netmarble limited staff coming into the office to two days a week. Retailers including Lotte Duty Free, home shopping channels and e-commerce operators also enforced restrictions on working in the office.

But for some industries, the decision is more difficult. Banks, for example, need employees to deal with security in regards to customers' financial information.

“I am nervous, but there is no choice but to work at the office because of security issues,” said one bank employee.

Workers go back to work as restrictions are dialed down