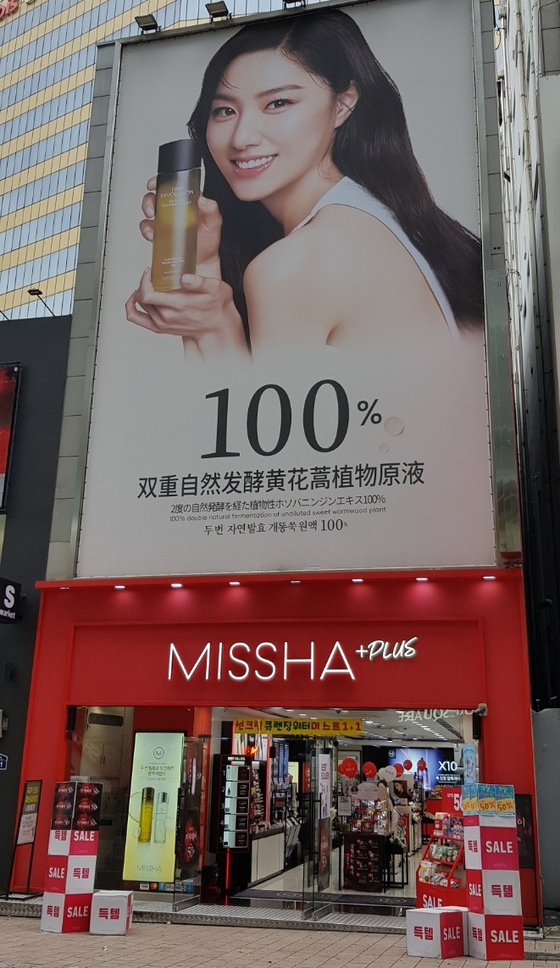 
Branded beauty stores are changing their approach to keep up with a highly competitive market as more sales move online and the Covid-19 pandemic aggravates earnings.

Able C&C is hoping that the increased range of products will help boost sales.


Around 170 products from 23 brands, including A’Pieu, Cellapy and Stila, are available at Missha Plus stores.

The company has so far redesigned 100 Missha stores, including the ones in Myeong-dong, central Seoul, and Hongdae, western Seoul. Its goal is to open 150 Missha Plus stores by the end of the year.

There are around 500 Missha stores nationwide.

Missha Plus “was launched to provide more diverse products and experiences to consumers,” said Kim Min-jeong, director of the sales innovation division at Able C&C, in a statement.

Stores that exclusively see a single brand have lost popularity in recent years, following the deployment of the U.S.-led Terminal High Altitude Area Defense (Thaad) antimissile system that dramatically reduced the number of Chinese tourists to Korea. An increase in the number of people shopping at health and beauty stores in recent years has also contributed to falling sales.

Other brands have also been reducing stores. The number of Skinfood shops fell from 564 in 2017 to 68 as of late last year, according to data from the Fair Trade Commission. The number of The Face Shop stores shrunk from 1,056 to 598 and Tony Moly from 679 to 517 during the same period.

At the same time, the drugstore market, including stores like Olive Young, Lohbs and Lalavla, grew 313 percent from 659.1 billion won in 2014 to 2.72 trillion won last year.

“Since consumers are no longer loyal to a brand or celebrity [that promotes a specific cosmetics brand], the desire to have more experiences of various products at the same place is rising,” according to a spokesperson for Euromonitor International. “While one-brand shops and department stores which used to be the main channel for beauty products have been decreasing, they have also been trying to evolve by introducing new multi-brand shops.”