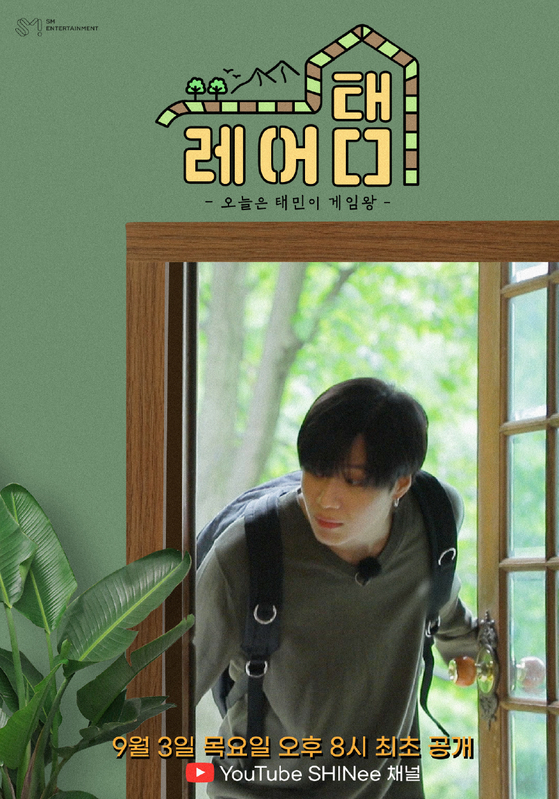 
Taemin of boy band SHINee will get his own online reality show starting Sept. 3, his agency SM Entertainment said Thursday.

"Taemin's reality show 'RARE-TAEM' will revolve around the theme of Taemin playing a board game each episode and carrying out the missions he's given as the result of the game," the agency said.

The show is set in a quiet cottage on a mountainside, where Taemin is spending quality time on his own. In each episode, Taemin will be given items, as in a video game, and will have to combine them to make something special.

A teaser video for the show will be played tonight at 8 p.m. on SHINee's official YouTube channel and the Smtown channel on Naver V Live.

Taemin released his single "2 Kids" on Aug. 4 in advance of an upcoming full-length album to drop later this year.

The first episode of "RARE-TAEM" will air on Sept. 3, through SHINee's official YouTube channel.