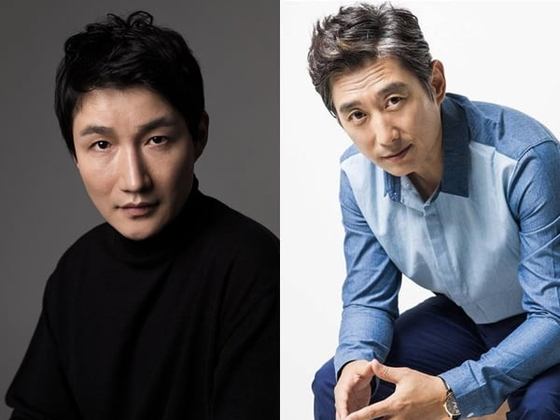 
Actors Heo Dong-won and Kim Won-hae were reported to have tested positive for the coronavirus on Thursday after coming into contact with actor Seo Sung-jong, who also tested positive on Wednesday.

The three actors appear together in a play titled “Jjambbong” in Jongno District in central Seoul. The play had been canceled as of Wednesday, and all related actors and crew have been tested and remain in self-isolation while waiting for their results. The theater stated that reserved tickets will be fully refunded.

“After we received the news that one of the actors from the play ‘Jjambbong’ tested positive for the coronavirus, Heo was contacted by the Korea Centers for Disease Control and Prevention (KCDC) to be tested and was in self-isolation,” Heo’s agency Ace Factory said. “On Thursday morning it was confirmed that Heo was infected by a fellow actor in the play. Heo was transferred [to the hospital] by the KCDC and is currently receiving further tests.”

On the same afternoon, Kim also reported that he tested positive for the coronavirus.

“After [Seo] tested positive, although Kim wasn’t included as a subject for testing, he was in self-isolation just in case after he was tested on Wednesday,” Kim’s agency SSGG Company said. “Kim was tested positive on Thursday afternoon and canceled all of his following schedules.”

Both of the actors’ managers were also tested, but their results were negative.

Meanwhile, the filming for the upcoming KBS drama series “Do Do Sol Sol La La Sol” was canceled from Wednesday. Initially, it was due to the fact that some of the crew who had contact with Seo in another KBS drama series “Men are Men” were also present in the filming of the series “Do Do Sol Sol La La Sol.” After it was reported that Heo also tested positive, the crew announced that all filming for the drama series is to be suspended until the test results from actors and crew come out.

“We are going to put the safety of the actors and crew first, and do the best we can to prevent further infection when discussing our filming and airing schedules,” the crew stated.