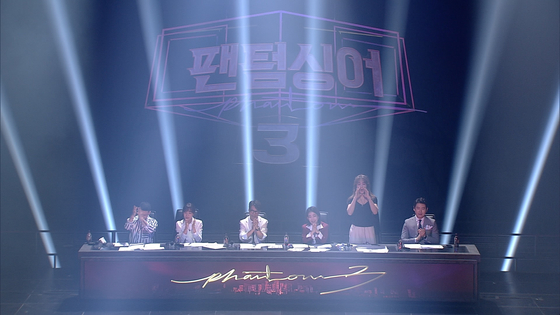 
The popular singing competition show “Phantom Singer 3” canceled one of its two concerts scheduled over the weekend in Daegu, following a surge in coronavirus cases that has rapidly spread from Seoul to other parts of the country.


Although many concerts in Seoul were canceled last week, the concert organizers had expressed hope that the show would go on in other cities.

Friday's "Phantom Singer" concert was held successfully, attracting about 2,500 people to Daegu’s EXCO Hall, one of the biggest venues in the city. The organizers said that the Friday concert was held under strict guidelines, and all attendees were required to wear disposable gloves.

But once the central government expanded its heightened social distancing requirements beyond Seoul and Gyeonggi, the organizers decided it will be best to halt the rest of the show. The Daegu city government had given Saturday's concert the green light, since the social distancing regulations in Daegu weren't scheduled to go into effect until Sunday.

“Although Level 2 takes effect in Daegu from Sunday, we decided to cancel the Saturday concert as well, because there are concerns of the virus spreading again in Daegu among the citizens,” concert production company SJ Entertainment said in a statement released Saturday.

“It’s a shame that we can’t hold the second concert in Daegu,” said singer Gil Byeong-min of Letteamor. “We thank all the fans who came to see us on Friday while we are so sorry to disappoint the fans who were waiting eagerly for the Saturday concert.”

The next city to stop for the singers is Busan. That series is scheduled to take place on Aug. 29 and 30, but the organizers said it is highly unlikely to go forward.