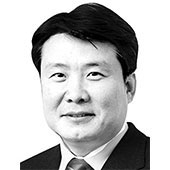 U.S. President Donald Trump showed that American politics could not hold itself to standards as high as I had imagined. Every word that comes out of his mouth is bluff and self-praise. The Washington Post reported that he lied over 20,000 times in the three and half years he has been in office. A few days ago, he was even asked by a White House correspondent whether he regretted lying to the American public during his tenure.

I can only imagine the pain that the American people —especially the Democrats — have to go through to deal with a guy like him. A key reason why Democratic presidential nominee Joe Biden chose Senator Kamala Harris to be his running mate is her record as a tough-on-crime politician, and his hopes that it would be an asset to his team as he braces for a debate against Trump.

During the 2016 presidential debate when Trump faced off against then-Democratic nominee Hillary Clinton, Trump was asked by the moderator about lewd remarks he made about women in 2005 in an interview with Access Hollywood. Trump responded by saying, “It was locker room talk, as I told you […] I’m not proud of it […] If you look at Bill Clinton, far worse. Mine are words, and his was action […] There’s never been anybody in the history of politics in this nation that’s been so abusive to women.” Biden, who’s referred to as “Sleepy Joe” by Trump, won’t have it any easier than Hillary Clinton in the upcoming debate.

When I heard President Moon Jae-in recently state that housing prices in Korea have been starting to “stabilize,” it reminded me of Trump’s repeated claim that the American economy is at its “greatest” shape in U.S. history. Both leaders often speak far from reality, and opposition lawmakers barely have any presence in the political scene to effectively attack their misleading assertions.

Moon’s groundless remarks about stabilized housing prices were made as he was reading off a script of over 10 pages during a meeting with his senior secretaries. He says whatever he wants to say, without taking any questions from reporters. The only time he takes questions from Blue House correspondents is at a New Year’s press conference. What happened to the administration that castigated the former Park Geun-hye government for failing to communicate? 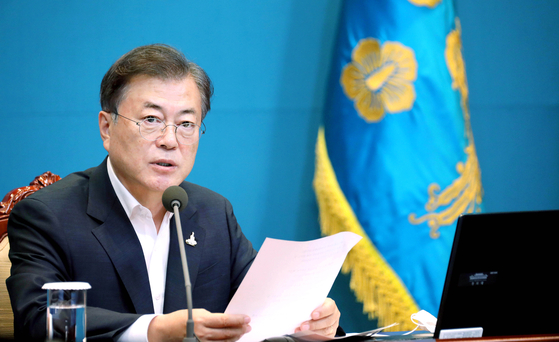 During a weekly meeting at the Blue House in August, President Moon Jae-in claims the overheated real estate market has started to calm down. [JOINT PRESS CORPS]


But one thing that sets Trump apart from Moon is that Trump leads a one-man show. With Moon, his presidential office and administration keep the cabinet and the ruling Democratic Party (DP) on the same page, and they all gang up to enrage the public with preposterous policy decisions. “Employment is continuously improving every month,” Deputy Prime Minister for Economic Affairs Hong Nam-ki recently said. “The Moon Jae-in administration crafts the best housing policies,” Byeon Chang-heum, CEO of the Korea Land and Housing Corporation, says. A DP lawmaker took a lot of flak for saying the party does not care whether people live in high-end apartments and housing prices rise, as long as taxpayers “diligently” pay their taxes.

A “professional ideologue and amateur administrator” is how the public mocks the Moon administration these days. But the real estate market is not the only problem with this government. At a time when the public is already shivering in fear due to the coronavirus pandemic, every time a critical issue pops up — like a flood — Moon habitually blames the former conservative presidents of Park and Lee Myung-bak and what he calls “pro-Japanese forces” from the Japanese colonial era.

Yet his self-righteousness and arrogance mirror the exact same attitude of the former governments.

When the country faces a crisis, people want to rely on their government to find the way out. Not in Korea. After all the attacks on his predecessors, Moon turned out to be no different at all.