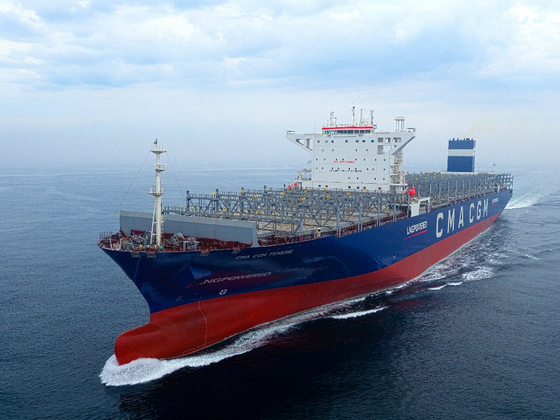 Featuring a 12,000-square-meter mega LNG fuel tank, the container vessel is able to make a round trip between Asia and Europe with only one fueling. The LNG fuel tank is partly made with nickel steel, allowing it to survive in extremely low temperatures, down to negative 163 Celsius (negative 261 degrees Fahrenheit), according to the company.

Samho Heavy inked a deal to build six ships for EPS in April 2018. All of them will be delivered by March 2022.

“Just like electric cars are receiving the spotlight in the automobile industry, eco-friendly vessels like LNG-powered ships are getting just as much attention in the shipbuilding industry,” said a spokesperson for Hyundai Samho in a statement. The company hopes to “secure consumer trust based on the accumulated technologies and quality, and continuously lead the field of the LNG-powered vessels.”