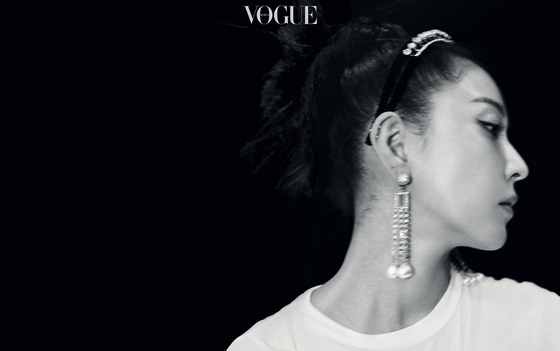 Vogue Korea released pictorials of veteran singer BoA on Monday, to celebrate the singer's 20th anniversary of her debut, which falls on Tuesday.

BoA will release a self-written song "Little Bird" through Vogue Korea's official YouTube channel on Sept. 1 in the form of a music film, her agency added.

The new song is part of the Hope Project, in which Vogue from 26 countries around the world collaborates with celebrities to deliver a message of hope to readers who are going through a difficult time with the Covid-19 pandemic.

"I hope those who listen to the song will get to think of themselves in the past, present and future. Although we are having a hard time due to Covid-19, I hope we all get to achieve our dreams. What we need now is hope,” BoA said.

BoA's photo shoot along with an interview will be published in the September issue of Vogue Korea.