Cravity keeps the flame of its newfound success burning

Cravity keeps the flame of its newfound success burning 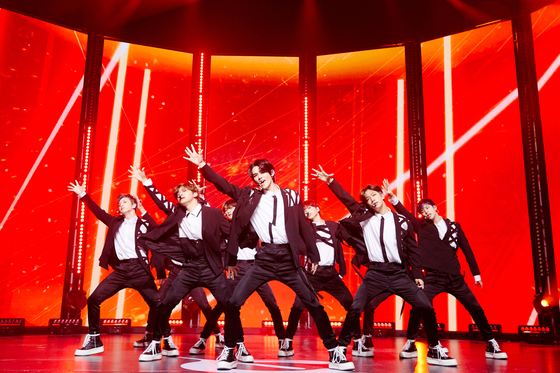 Boy band Cravity performs its new song "Flame" on Monday afternoon during an online showcase for its new EP "Cravity Season 2. Hideout: The New Day We Step Into." [STARSHIP ENTERTAINMENT]


It's just been four months since its debut, but boy band Cravity's high-quality performance goes beyond that of a rookie — especially with its new track "Flame."

Cravity released its second EP "Cravity Season 2. Hideout: The New Day We Step Into" today at 6 p.m., four months after it debuted this April with "Cravity Season 1. [Hideout: Remember Who We Are]." The seven-track EP is led by "Flame," a song which members believe will show how much they have matured since day one.

"The song 'Flame' carries our passion, which is as fierce as the heat of this summer," said Wonjin during an online showcase held on Monday afternoon prior to the album's release at 6 p.m. 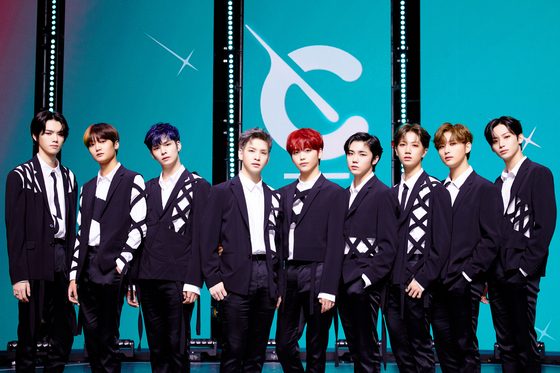 
Cravity made its debut this year as Starship Entertainment's first new multi-member boy band to come after Monsta X, which debuted in 2015. The lead track "Break All The Rules" shares the message that freedom and maturity comes from breaking the rules — a narrative which the band also picked up on for the new EP, especially through "Flame." It's a dance pop track that talks about breaking one's own limits and boundaries after breaking the rules, according to the members.

"We shared how we felt after our debut, especially our feelings on maturing and growth," said Serim. "So we started from that and continued with stories of moving forward into the world for this album."

Wonjin added, "Every moment we've spent as Cravity since our debut has been about going beyond limits. I remember how nervous we were for our first stage performance, the first [livestreaming session on Naver] V Live and so on. But I think that makes us better with each step and each stage." 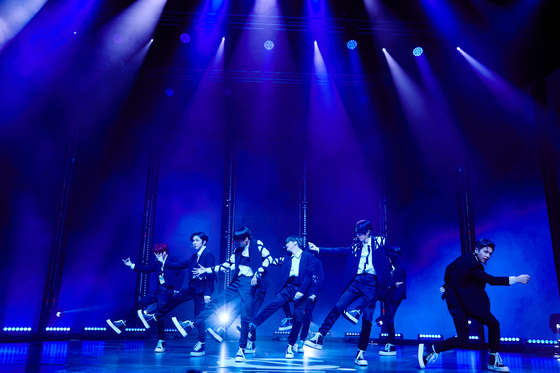 Boy band Cravity performs its new song "Flame" on Monday afternoon during an online showcase for its new EP "Cravity Season 2. Hideout: The New Day We Step Into." [STARSHIP ENTERTAINMENT]


For the new EP, members Serim and Allen, for the first time, took part in writing lyrics for two of the songs, "Believer" and "Realize." According to Serim, the words to "Realize" are even more special, because he wrote them thinking about his precious Luvity fans.

"'Realize' is a song about how a person feels empty and down on their own, but they find someone to lean on and move forward together. I thought about Luvity and how we changed before and after we met," said Serim.

Allen added, "I'm so happy to be able to let Luvity listen to lyrics that we wrote ourselves. I think this will give us the opportunity for our music to become more versatile."

Cravity was awarded the Rookie of the Year Award at the Soribada Music Awards this month — a once-in-a-lifetime opportunity for newly debuting bands. It also charted No. 1 on Korean album sales tracker Hanteo Chart's record of all bands that debuted within the first half of this year and peaked at Billboard's Social 50 chart.

"We thank everyone who made it possible for us to receive the award — Luvity, the crew at Starship Entertainment, the choreographer and everyone else. It's so good to have nine of us to lean on each other. We promise to perfect ourselves as much as possible to pay back all the love," said Taeyoung.

Cravity will meet with fans through an online showcase at 8 p.m. through Naver V Live today.