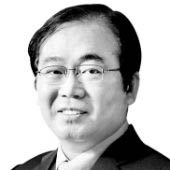 
Elder statesman Yoo Ihn-tae, a former lawmaker of the Democratic Party (DP), knows no fear. When he was sentenced to death for student activism by the Park Chung Hee regime in his 20s, he burst into laughter. “It was crazy. How could my action deserve the death penalty? Getting slapped by a police officer would have been enough,” he recalled. He has a free mind that is not easily overwhelmed by the situation and grasps its essence.

Recently, Yoo broke his silence about the Moon Jae-in administration. “If you say critical words toward Moon, the Moon loyalists bombard you with text messages,” he said. “If you are controlled by loyalists, there is no future for the DP.”

The opposition United Future Party (UFP) suffered a crushing defeat in the April 15 parliamentary elections because it was trying to please the hardcore conservatives known as the “Taegukgi troops.” But the leadership of Kim Chong-in is different from that of Hwang Kyo-ahn. UFP floor leader Joo Ho-young condemned Rev. Jun Kwang-hoon, whose Aug. 15 rally contributed to a nationwide spread of Covid-19 infections. “We will not tolerate reckless action that harms the community’s good, and he must pay the price,” Joo said. The image of an extreme rightist party which helped save the liberal Moon administration from collapsing has disappeared.

The people are enraged by the government’s 23 sets of failed real estate measures. Vulnerable populations — such as low-income households, uneducated people, women and the youth — are struggling to make ends meet after a dramatic spike in Covid-19 cases. But the candidates for the ruling party’s chairmanship are bent on pleasing Moon loyalists and stop short of presenting criticism or creative alternatives to turn around the situation. When a DP lawmaker criticized the upcoming national convention for “failing to draw the people’s attention, generate debate and present a vision, Moon’s aficionados sent text messages urging him to join the UFP instead of joining his crusade to save the embattled party.

Finally, even statistics have turned into a magic tool to cover up the government’s repeated failures in real estate policy. Land Minister Kim Hyun-mee said that housing prices rose by 11 percent during the three years of the Moon administration, based on data from the Korea Appraisal Board, making a fool out of anyone who agrees with the neutral analysis by the Citizens’ Coalition for Economic Justice (CCEJ) that said home prices skyrocketed over 50 percent.

Deputy Prime Minister for Economic Affairs Hong Nam-ki said he would change the statistical methods that only covered new contracts to include renewed contracts after rental prices continue to skyrocket after the Aug. 4 real estate measures.

Two years ago, the Moon administration replaced the head of Statistics Korea after it produced data that showed failures of the income-led growth policy ardently pushed by the administration.

The international community always punishes a country that manipulates statistics. North Korea could not join the China-led Asian Infrastructure Investment Bank (AIIB) in 2015 due to its history of manipulating statistics, said Kim Byung-yeon, an economics professor at Seoul National University. Greece faced a national bankruptcy after manipulating statistics.

The powers that are working against common sense are based on the Moon loyalists’ firm belief that “our president has done nothing wrong.” Even North Korean leader Kim Jong-un admitted to his economic failures at a Workers’ Party meeting last week, even though he is the “supreme being without any error.” And yet, criticizing the Moon administration is prohibited, as the government presents statistics selectively. This weird situation is undeniable evidence that Korea’s democracy has regressed.

The UFP is doing its best to expand its support base and win the next presidential election. Its interim leader Kim Chong-in visited the May 18 Gwangju Democratization Cemetery and kneeled. He even embraced “basic income” as the first policy of the party after dismissing it as a “populist idea” just four years ago.

Supporting the weak and realizing economic democracy also will be included in the party’s platform. The party is about to apologize to the people for the wrongdoings of two former presidents and give priority to Honam politicians in the party’s nomination process for proportional candidacy.

After Kim first proposed a fourth supplementary budget to overcome a resurgence in Covid-19 cases, the government is feeling uneasy. The UFP is preoccupying all key agendas of the ruling party.

Yet the DP failed to read public sentiment. They pledged to dig up the graves of what they call “pro-Japan figures” and relocate the country’s capital to Sejong City to control soaring apartment prices. Rep. Song Young-gil, a DP lawmaker and head of the National Assembly’s Foreign and Unification Committee, said the UN Command in Korea has no legitimacy. He even compared the Korea-U.S. working group to the Japanese governor to Seoul in the colonial days. They are extremely inappropriate. The ruling party is further disturbing the people who are already upset about the hypocrisy of Cho Kuk, Yoon Mee-hyang and Park Won-soon.

In his inauguration speech three years ago, President Moon promised that he will give briefings in person, like U.S. President Barack Obama. His promise was not kept. The people are asking where Moon is and what he is doing. He must place himself in reality, remove incompetent aides blinding his eyes and deafening his ears and listen to candid advice, if there is any. Only then can he realize his good intentions.

The country is fed up with factional politics that suffocate democracy and ignore common sense. If everyone becomes a Moon loyalist and thinks alike, that’s unfortunate for the country. We must not let them destroy our democratic republic like this. We don’t have the luxury of time.