With the coronavirus pandemic showing no signs of letting up, the Ministry of Culture Sports and Tourism decided to shut down all state-run cultural facilities across the nation until the number of daily Covid-19 cases dramatically decrease. As a result, upcoming performances and festivals in Seoul and Gyeonggi regions have been called off or postponed.
The debut recital of "The Triad," which consists of three young classical musicians, was canceled. The performance was set to take place on Aug. 29 at the Seoul Arts Center in southern Seoul.
Musical “Murder Ballad” will be suspended until the end of this month. The musical will be held at the Sejong Center for the Performing Arts, central Seoul.


Sept. 4: Violinist Clara-Jumi Kang and pianist Son Yeol-eum join hands for an upcoming recital. The two musicians first collaborated with each other in 2012 at the Carnegie Hall in New York. The collaboration was so well received that the two have been playing together on and off since then.

The last time the duo performed on home soil was in 2016.

Although Kang and Son played as a duo professionally in 2012 for the first time, the two have known each other for a long time and played together many times when they attended Korea National University of Arts in 2004.

The two will play pieces including Richard Georg Strauss’ "Sonata for Violin and Piano in E flat major op.18" and Stravinsky’s “The Fairy's Kiss-Divertimento.”

Sept. 9 – Nov. 8: One of the most well-known musicals across the globe, “Cats,” is making its way back to Korean soil to commemorate the 40th anniversary of its debut.

“Cats” was composed by Andrew Lloyd Webber and produced by Cameron Mackintosh, based on the “Old Possum’s Book of Practical Cats” by T.S. Eliot, and tells the story of a tribe of cats called the Jellicles who must make the "Jellicle choice" to decide which of them will ascend to the Heaviside Layer to be reborn.
Details about the cast will be unveiled at a later date. 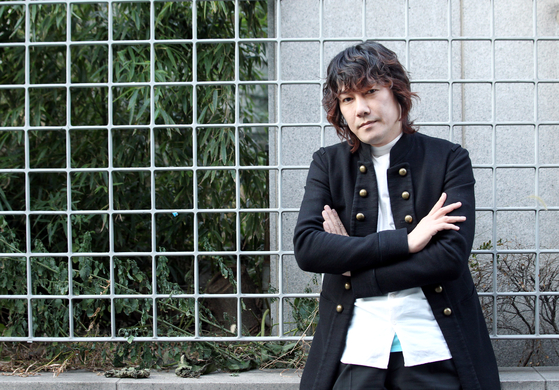 Sept. 11 – 13: Singer-songwriter Kim Jang-hoon will hold a concert. Unlike most singers who often hold concerts at spacious venues with more than 1,000 seats, the veteran singer is well known for choosing smaller venues to create a more intimate atmosphere for his fans.


Through Sept. 12: Award-winning musical “Everybody’s Talking about Jamie” is premiering on home soil. The Korean production is simply titled “Jamie.”

The hit musical centers around Jamie New, a 16-year-old misfit who is about to graduate from high school. The boy, who wants to become a drag queen, eventually decides to attend a prom party wearing a dress. While browsing for an outfit to wear to the upcoming party, Jamie comes across Hugo, the owner of the clothing shop and a legendary drag queen.

After the encounter, Jamie comes to perform as part of a drag queen show prior to the prom and becomes an overnight star at his school. But the school refuses to allow Jamie to show up at prom wearing a dress.

Jamie also has to deal with his strict father who doesn’t want to accept his son.

The musical is a story about a boy overcoming all the prejudices and is based on the 2011 documentary series titled “Jamie: Drag Queen at 16,” which aired on the BBC.

Three K-pop singers — Jo Kwon, MJ and Ren — and actor Shin Joo-hyup are cast for the role of Jamie, while veteran musical actors such as Choi Jung-won, Kim Seon-young and Yoon Hee-seok take on supporting roles.

The musical is rated for those who are aged over 14. 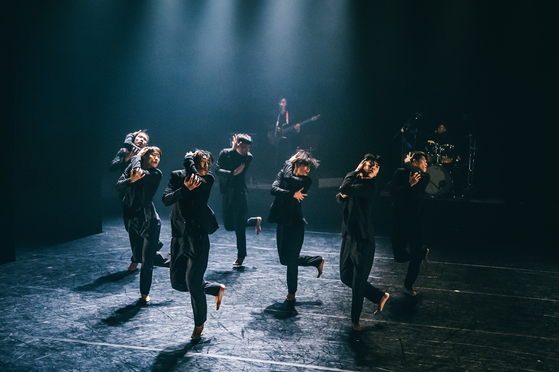 Young choreographer Kim Jae-duk’s signature piece ’Darkness Poomba“ will be staged on Sept. 17 and 18 at LG Arts Center, southern Seoul. The dance is based on pumba, a traditional beggar’s song. [LG ARTS CENTER]


Sept. 17, 18: Young choreographer Kim Jae-duk’s two signature pieces, “Sinawi” and “Darkness Poomba” will be staged. The 36-year-old versatile artist began learning dance at the age of 16. Kim took classes in contemporary dance, ballet and traditional Korean dance, but he wanted to create his own genre so he began choreographing.

“Sinawi” is a solo performance by Kim while “Darkness Poomba” is presented by Modern Table, a modern dance troupe, which Kim also belongs to.

“Darkness Poomba” is based on pumba, a traditional song performed by gakseori. Dressed up in silly costumes and makeup, gakeseori lived like nomads and would perform songs and dance for food and money at fairs and marketplaces.

“Darkness Poomba” reportedly reinterprets the feeling of han (traditional sentiment of sadness) of the marginalized with modern dance.

When the dance reaches halfway, Kim will play harmonica and kazoo. 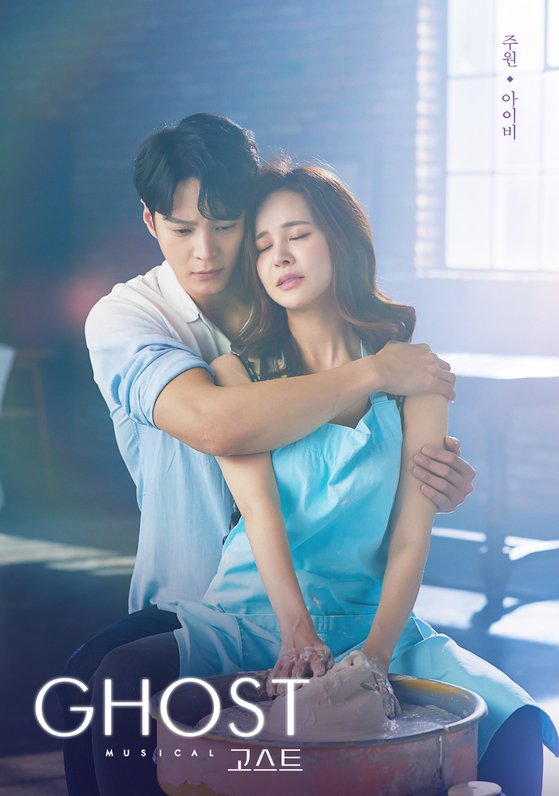 Musical ’Ghost,“ based on the 1990 hit Hollywood film with the same title, makes its way to Seoul for the first time in seven years on home soil. [SEENSEE COMPANY]

Oct. 6 – March 14: Based on the 1990 hit romantic fantasy film “Ghost,” the undying love story between Sam and Molly returns to home soil as a musical for the first time in seven years.