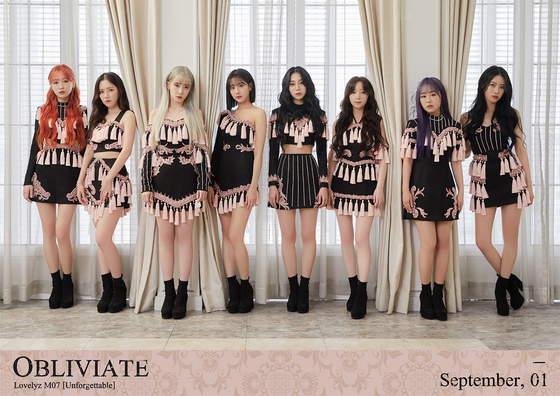 
Girl group Lovelyz is set to make a comeback for the first time in a year and four months with its new EP "Unforgettable" on Sept. 1, its agency Woollim Entertainment said on Wednesday.

"Lovelyz will make a comeback to the music scene with its seventh EP 'Unforgettable' and its lead track 'Obliviate' on Sept. 1," the agency said.

The trailer videos and images released so far show the members of Lovelyz in both chic black and innocent white, hinting at a new concept.

"Obliviate" follows last year's EP "Once Upon A Time," which was led by the track "Beautiful Days." 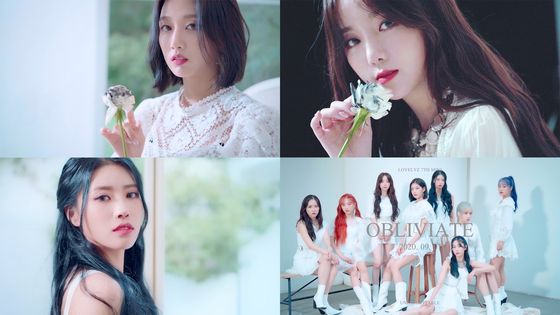 
Lovelyz took part in cable channel Mnet's all-female competition show "Queendom" last year where it flaunted a side of itself that fans had never seen before alongside other female acts including Mamamoo, (G)I-DLE, Oh My Girl, AOA and Park Bom.

In addition, members have been actively pursuing their own paths in both music and acting.

Members Kei and Ryu Su-jeong each released their first solo albums, while Seo Ji-soo and Lee Mi-joo showed off their acting chops. Jeong Ye-in was featured in SBS's entertainment show "The Law of the Jungle."

"The members of Lovelyz are talented girls that do their best in anything, including solo [singing], dramas and entertainment shows," the agency said.

"We ask for your love and support for a concept that the group has not tried before in the past."