Ghanaian TV personality Sam Okyere was forced to delete his Instagram account Wednesday after getting a slew of vicious comments.

Earlier this month, Okyere made news when he criticized a photo of Uijeongbu High School students in blackface parodying the “Coffin Dance” video, saying it was a form of racism. After being criticized for his choice of words, Okyere apologized, saying he “didn’t mean to degrade the students in any way” and that he did not “intend to criticize the Korean educational system.”

Then a photo of Okyere from March 2019 surfaced showing him and actor Park Eun-hye, both attired in orange, with the words, “Orange is the new black. We are Orange Caramel.” Orange Caramel is a subunit of the girl group After School. 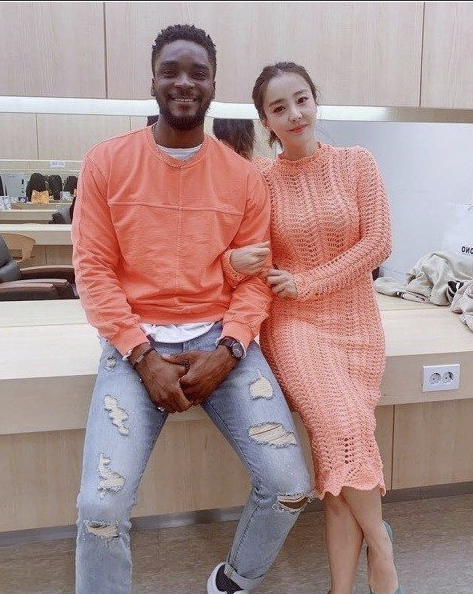 
A follower on Instagram presumed to be a foreigner commented, “Cute, once you go black you never go back. Lol,” a sexual joke considered racist.

From Tuesday evening, Korean netizens started accusing the entertainer of going along with a sexually offensive and racist comment.