Can you handle the impact?

Can you handle the impact? 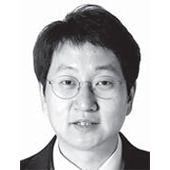 
An article of the Anti-Discrimination Act tabled in the 21st National Assembly states that gender is comprised of female, male and other genders that cannot be classified. If the act is passed, classifying citizens only into men and women can be considered discrimination.

The United Nations acknowledges a third gender, “intersex.” The World Health Organization (WHO) defines “intersex” as a person who does not fall into the general categories of male and female due to one or more differences in chromosomes, reproductive organs or hormones. The number of intersex people cannot be counted accurately. Some scholars say it is one in every 160 people, while others say it is one in every tens of thousands. Depending on where you draw the line, the range can vary. While intersex is mostly innate, hormonal changes can play a part. Artificial changes also could be made through treatments or surgery.

Koreans — and most humans — have lived in and are living in a society divided into men and women. If the first digit of the second part of our resident registration number is one or three, it means male. If it is two or four, it means female. Only men can go to some schools, while others only accept women. Public restrooms, locker rooms and bathrooms are divided into those for men and women.

Article 36 of the Constitution mandates equality for the two genders, based on the premise that people are distinguished into men and women. Therefore, people in the middle stage of gender transformation — and those who have characteristics of both genders — are also categorized as a man or a woman legally and systematically — and very unscientifically. 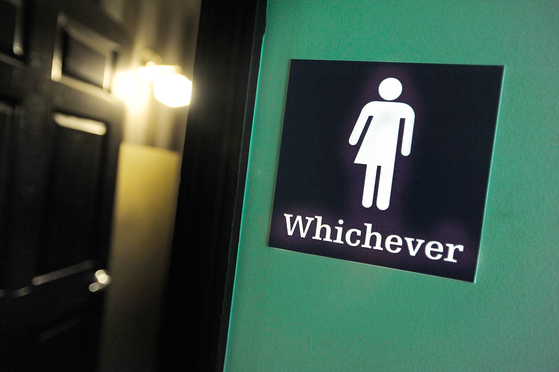 A gender neutral sign on a bathroom at a restaurant in Durham, North Carolina. [AFP/YONHAP]


There are two ways to acknowledge the third sex and assure that they are not discriminated against. One is to eliminate the distinction altogether. All schools, including all boys’ high school or colleges for women, should not be allowed to admit students based on gender — and restrooms, lockers and bathrooms should not be divided into men and women. It is a simple method. But issues can arise for sports, military duty and medical needs. Genderless restrooms and locker rooms could be considered reverse discrimination for women.

The other way is to reassign categories into men, women, and an “uncategorizable gender.” This way, all buildings will need to make a third restroom and middle and high school sports, which affect college admission, should be held for male, female and the third gender. The Constitution needs to be amended and the resident registration system also needs to be updated.

I am not saying that the third gender should not be acknowledged nor should we ignore them. I am demonstrating how difficult it is to legally acknowledge the unidentifiable gender and assure they are not disadvantaged. If a survey asks, “Do you want a country with no discrimination based on gender identity?” respondents would overwhelmingly say yes. But the answer may change if you imagine what is needed to make a world without sexual discrimination for all genders, including the third sex. “Can you bear with such a world and the cost to make it happen?” That would be the question to ask.

The anti-discrimination clauses in the proposed bill also contain gender identity: It is defined as the “gender that an individual subjectively perceives.” That means there should not be discrimination against someone who perceives their own gender in contrary to their physical condition. Then, what if a man who perceives himself as a woman applies to a college for women or enlists in the military as a woman?

The bill was submitted by the progressive Justice Party. If the DP supports it, the bill will be passed in the National Assembly. While only a few DP lawmakers support it, you never know when it turns into a deal for the sake of its interest. A new world may be just out the door when you wake up.