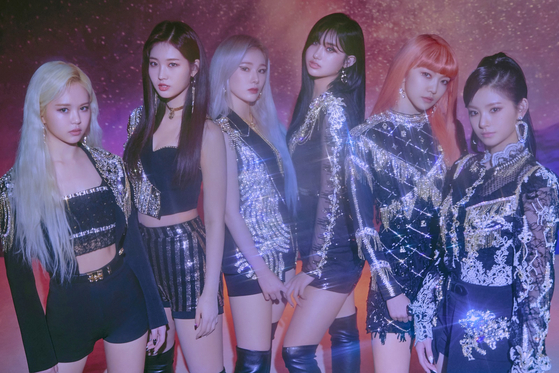 The Korean branch of Chinese entertainment agency Yuehua Entertainment was penalized by its Chinese headquarters for having its girl group Everglow perform in front of Korean soldiers in June last year, the South China Morning Post reported on Thursday.

Yuehua Entertainment was declared to have violated the rules on “foreign-related” performances cited by the Chinese Ministry of Culture on May 18 and was punished by the Beijing Municipal Cultural Market Administrative Law Enforcement Unit on the grounds that the performance “damaged national honor."

"We deeply reflect on ourselves and sincerely apologize for the performance," Yuehua Entertainment said in a statement, adding they had accepted administrative penalty.

Everglow performed for the South Korean military in June last year through “K-Force Special Show” and also appeared on an episode of tvN’s “Sumi’s Recipes” featuring Korea’s Memorial Day on June 6. In the episode, Chinese members of Everglow gave a consolation performance and also saluted the Korean flag.

The company said they "stand firmly and unanimously with the motherland and reject all actions that are harmful to national interest” and would apply rule more strictly in their future work.