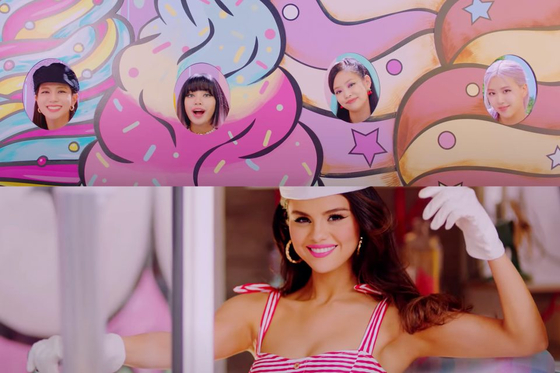 The release of “Ice Cream” has been a hot topic for weeks, since the group announced last month that the song features Selena Gomez. It is the Hollywood star’s first collaboration with a K-pop artist.

Blackpink’s agency, YG Entertainment, increased the anticipation yesterday, giving fans a preview of the surprising collaboration. The short teaser for the “Ice Cream” music video was posted on YG Entertainment’s official blog, giving hints to the fun and summery tone of the song.

“Ice Cream” is Blackpink’s second prerelease single leading up to their new album, “Blackpink: The Album,” which is slated to be released on Oct. 2.

The first prerelease was the hit single “How You Like That,” released on June 26.

The song has been helping Blackpink break records, some their own, which includes their YouTube channel surpassing 44 million subscribers.

The record has made the group the artist with the fourth-highest number of YouTube subscribers in the world, surpassing rapper Eminem, and the top female artist, surpassing Ariana Grande.

According to YG Entertainment, Blackpink’s YouTube channel has been increasing by an average of 100,000 subscribers every day since the release of “How You Like That.”

Meanwhile, a back-and-forth battle for the top of the charts is likely to break out between Blackpink and BTS as soon as the clock strikes 1 p.m., as the boy band is also releasing a remix of “Dynamite” at noon today.