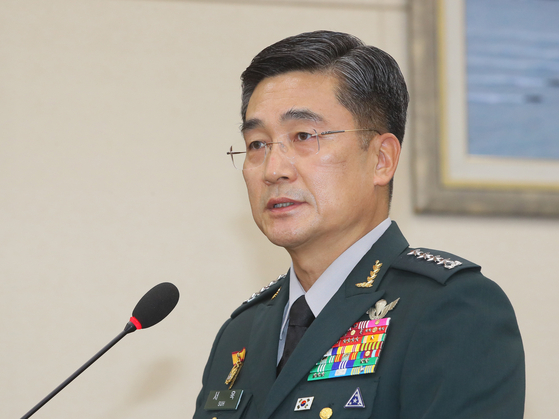 Suh will replace Jeong Kyeong-doo, if the National Assembly confirms him as the new minister.

A native of Gwangju, Suh graduated from the Korea Military Academy in 1985. He has served in key military posts, including as commander of the First Corps and head of operations at the Joint Chiefs of Staff.

Suh is the first member of the Army to be nominated as the minister of defense in the Moon administration. Moon’s first defense minister, Song Young-moo, was from the Navy, and the current minister, Jeong, is from the Air Force.

South-U.S.-Japan defense chiefs decide to deal with North together